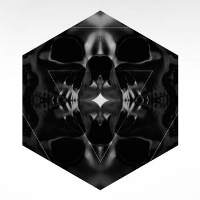 Edmond Huszar a.k.a OVERWERK is a 23-year-old producer and songwriter from London, Canada who released his debut album last year and has since then creating waves in the indie scene.

Opening track Rise captures you with its subtle complexity. Classic instrumentation works hand-in-hand with body-moving electro beats. I love how the cello intensifies the rhytmic tunes creating a psychedelic level of intensity.

In Force, OVERWERK plays with thick synths and fleeting chimes. The contrast and variety of the instrumentation, along with the low build-up and sudden rise of melodies, adds texture and spice to this piece.

For a psychedelic high, Control ft. Nick Nikon is best played with a little bit of haze and strobe lights everywhere. The vocal samples are blended perfectly with well-syncopated beat. This standout piece plays in all its strength—intensified strong beats and fluid arrangement.

Closing the album in a powerful note is Conquer. Listen as the track starts easy with subtle dance-inducing beats slowly building into a jungle of texturized synths then grows slowly again with seamless electro tunes.

In Conquer, OVERWERK has outdone himself with solid party pieces that are unique in their own way. The artist banks in complexity and creativity crafting tracks that pump the right level of energy.