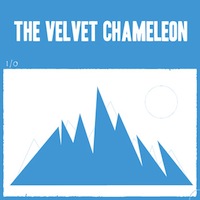 Roaring with distinguished sounds inspired by a Radiohead, Jack White, John Mayer, and Queens of the Stone Age, The Velvet Chameleon‘s latest release is a solid package ready to hit the radio waves.

The Velvet Chameleon or TVC is the brainchild of Indian-Canadian-Australian singer/songwriter Adarsh Fernando. TVC’ first EP titled Dandruff sparked waves throughout music blogs and charts, clocking in thousands of downloads within the EP’s debut weekend.

Emerging from the same mold as that of the previous track, Human uses layered keys and thicker bass. The track makes the right amount of noise that’s loud but still headphone-friendly.

TVC also has a flare for contrast, which was showcased in Higher. The rapid drum beats builds an ergonomic relationship with the stretching, chill -out vocals giving the whole track that right amount of energetic pace.

Slowing things a bit is In Circles. Press play and let the fleeting sound and poignant lyricism touch your very core.

In I/O, The Velvet Chameleon defies sonic gravity as each track floats and standouts with its individual uniqueness and beauty.