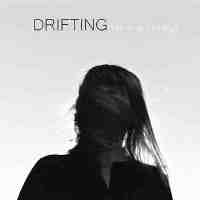 Hailing from Calgary, Alberta, Kirsten Ludwig is not your typical pop songstress, as this contemporary singer-songwriter transcends the boundaries of her genre by defying expectations.

Drifting, an eight-track collection, leaves listeners at awe as each note unravels in every nook and crevice that Ludwig’s eccentric music presents. You’ll definitely get a dream-like quality to Kirsten’s music upon first hear, which sounds like a hybrid between Regina Spektor and Emmy Curl.

In the opening track, Two-Halves, Kirsten weaves traditional folk strings and carries it flawlessly through rhythmic pop melodies. The singer’s soft airy vocals, which thickens and becomes stronger at all the right moments, give color to this beauty.

Over possesses a tranquil balance between subtlety and rigidity. The song has evident rock influences and some edgy undertones, which appeals to 20-somethings who are inclined with the alt-rock scene. Also, one standout feature of the song is its poetic lyricism. Here, Kirsten infuses themes of love in an edgy, raw manner.

Adrift utilizes subtle piano keys and Kirsten crisp, soft vocals to create an ethereal piece that moves slowly into the ears, creating a deeper and stronger sonic experience. The song implies a sense of melancholia with each controlled note.

While Skye closes the collection with the flavors of acoustic strings and a certain closeness to reality. It is an introspective song that celebrates the true spirit of acoustic music.

Kirsten Ludwig certainly has a talent to spin new flavors to well-loved soundscapes, creating a signature sound that will make listeners remember her. All the tracks here were written by Kirsten except for The North, which was written with Sam Weber.