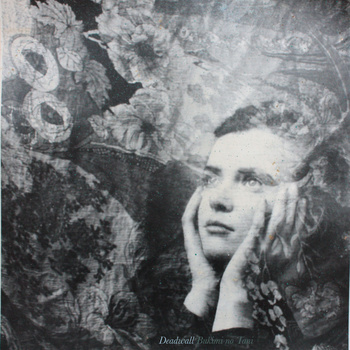 The wait is finally over for Deadwall fans as the band’s second release, Bukimi no Tani, is up for grabs.

The UK, Leeds group formed in early 2012, where they released their first EP but later disbanded. After regrouping, the four-piece crew returns to the music scene with a fresh set of songs that, as they put it, “treads that well worn line of beauty and brutality.”

Deadwall consists of Thomas Gourley (vocals and guitars), Christopher Duffin (keyboards), Tom Basri (bass), and Guy Raimes (drums and percussion). Their resurrection has been good for these guys as they generated a line-up of stellar performances with artists like British Sea Power, Temples, Hookworms, Matthew E. White, Cherry Ghost, and Laetitier Sadier, to name a few.

Packed with a hefty collection of ten tracks, Bukimi no Tani takes alternative sound to a whole new level.

Eyes/White/Shut follows with thick, edgy riffs and some hints of metallic rock. The loud arrangement transcends into chill alternative musings in Two Rakes (Ode to W.). Press play and let this track be the soundtrack of that lazy Sunday drive.

Clocking in at six is the upbeat Daffolion. This track will surely jump start your morning as it boasts with energy-driven sonic arrangement.

MISSRS wraps up the album in slow rock goodness with a pleasant combination of piano keys, nostalgic vocals, and grungey undertones.

This February release from Deadwall proves that the band is reaping the benefits of their hard work and dedication. Bukimi no Tani does not disappoint old and new fans as it matches and exceeds the depth and brilliance of their previous work.