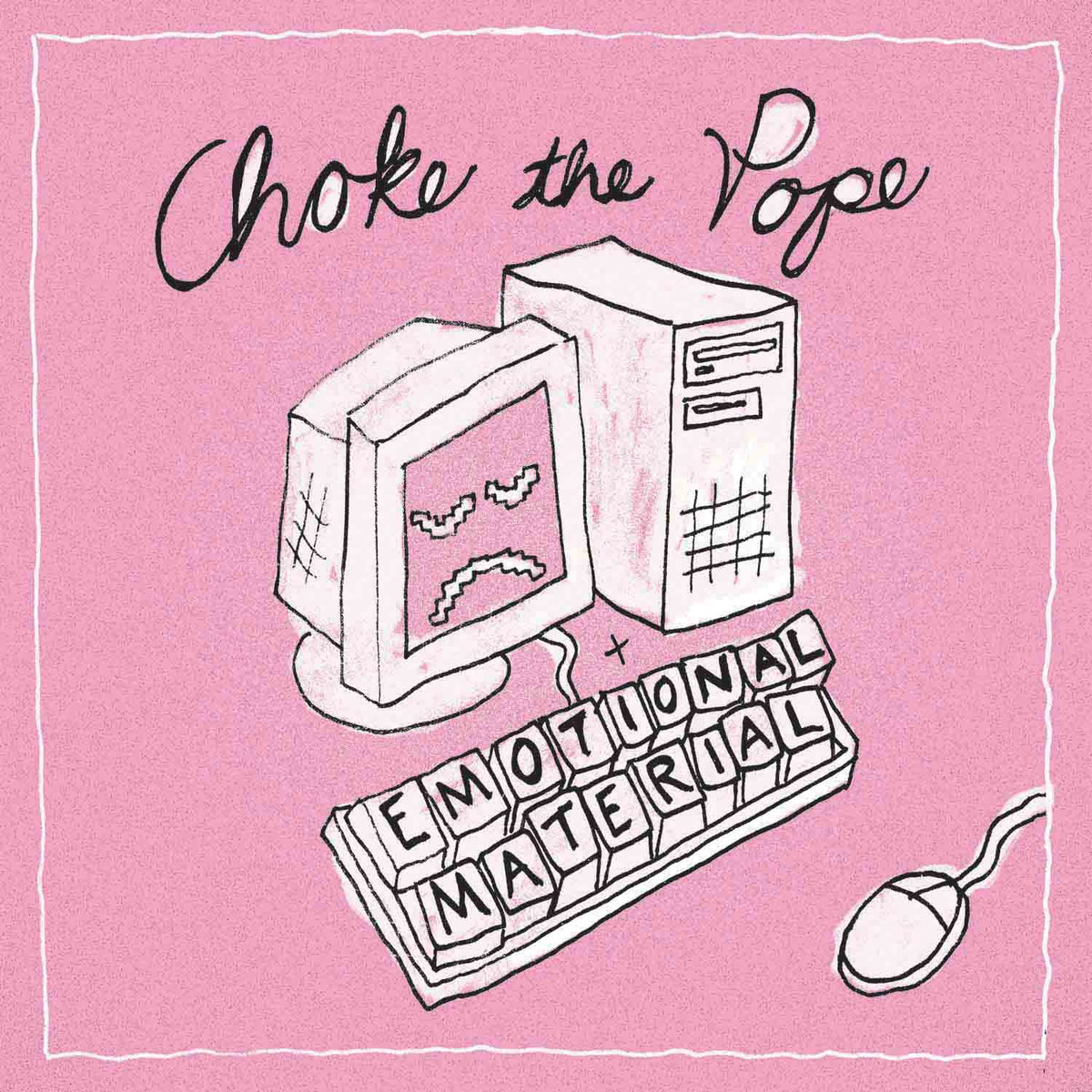 Choke the Pope, from Seattle, are a group of young pop-punk rockers that have grown up to find, like most people in their generation, that life sucks. Their music echoes the cynicism and uncertainty that has come to be commonplace among millennials and, as their bold, provocative song titles like Crapitol Hill and Someone Pay My Student Loans to suggest, they are least bothered with sugar-coating their frustrations. On their second album, Emotional Material, the band returns to treat us with some of their catchiest and most acerbic tunes yet.

Emotional Material could have been a depressing record if Choke the Pope weren’t as funny as they are. Bleak topics like stagnating salaries, unemployment and inflation, are tackled by the band using satire and wit, making fun of the world and its problems rather than expressing outright anger and despair. Each track, as a result, is light-hearted and amusing, if not hilarious. Think: if Green Day’s American Idiot had a sense of humour. However, it’d be unfair to say that Choke the Pope prioritize lyrics above all else. Instantly memorable sing-along hooks abound on the record and the band’s breathless mix of fuzzy power-chords with a rollicking rhythm section makes for perfect headbanging-material. Meanwhile, vocalist Nick Vasquez’s youthful exuberance leaps from the speakers every time he opens his mouth. Whether he’s wondering out loud “Why won’t anyone give me a fucking job? I went to college,” (Somebody Pay My Student Loans) or complaining about his car being a “garbage can” (My Car), his energy is contagious. With Emotional Material, Choke the Pope ultimately wish to suggest that, though the world may be a rough place sometimes, you can always find a way to put on a grin and keep going.