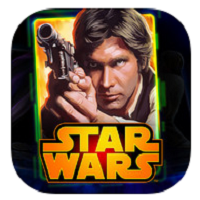 Star Wars: Assault Team is a turn based combat game. There are many Star Wars games, but this offering from Disney combines elements of RPG, turn based strategy and card collecting so it feels new. While the concept seems complex, the way it’s been brought together, plus the familiar Star Wars universe, makes this more than enjoyable.

In Star Wars: Assault Team, you gather cards of characters from the Star Wars universe which you can earn from story missions. As you collect cards, you’ll get the items necessary to upgrade these characters. And you will need these upgrades as the missions become tougher along the way. As you keep playing, PVP eventually becomes available and you’ll have more fun playing.

But what makes Star Wars: Assault Team different from others is that the RPG isn’t fully automated as is the case with other games. What this means is that each character can go after a particular unit and once charged up, use their special abilities. For instance, Hans Solo and Chewbacca have special powers they can use which none of the other characters have.

The more you play, the more you will be rewarded with item and character cards, and you can use the game’s hard currency to buy more cards. Each of the levels here is controlled by an energy system, so you need to manage yourself here. Apart from the usual missions, the PvP mode is one that you’ll definitely enjoy. The gameplay is very good and the production value is obviously high, making this a worthwhile download.