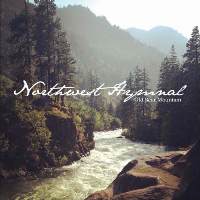 Indulge in some tasteful folk bluegrass and sublime songwriting in Old Bear Mountain‘s Northwest Hymnal released last June 2013. Filled with 12 tracks, the album stays true its roots, giving the listeners simple, unpretentious tracks stripped from all the kitsch and glitz.

Hailing from Spokane, Washington, Old Bear Mountain is Wade Muncey, Mackie Hockett, Derek McFaul, and Bret Didier. These friends jam together with a simple mantra—to write songs about the people and places that inspire them.

All Weary Travelers for the Last Frontier opens up the collection with intricate banjo play-ups that evoke a childish innocence. The crisp, clear vocals make this song a refreshing piece to uplift the spirit.

From Out the Golden West reflects Old Bear Mountain‘s songwriting prowess as they churn out well-penned, emotional lines. Close your eyes and let harmonica solos and steady strings transport you to vivid country landscapes.

Bursting with flavor and positive energy, Hood River is a charming sonic gem that lives up to its romantic lines. One standout characteristic of the group is how they do not pretend to have a country voice, they just have it.

Northwest Hymnal proves that Old Bear Mountain is in a familiar territory where they thrive and continually stand out from the pack through cliche-free lines and pure, honest arrangement.