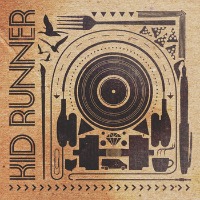 Kid Runner transcends the traditional structure, conventional tempo and the usual instrumental in its genre. Radio-friendly choruses and mainstream pop themes are still evident but expect more of the pulsing dreams, swing beats and gospel choirs thrown around here and there from time to time.

The opening track to Kid Runner’s self-titled album, Flash Fashion, frenetically shifts from a sweet ballad to a full blown show-tune number, a stomp along head banger and finally to a euphoric marching band anthem.

Capes worked out as a somewhat Broadway musical inspiration wherein stories were told, characters were created, multiple voices were heard and the harmony of vocals and instruments painted a flamboyant picture.

Gold Teeth is both powerful and versatile. Its over the top feel can sometimes become tiring but it still delivers the right groove. Lastly, Sleepytown tops it off which is the album’s victory lap. It worked so hard to create a pop masterpiece and it sure did succeed.

Kid Runner stands out from the crowd through various experimentation and by being fearless in embracing new standards in the pop genre.