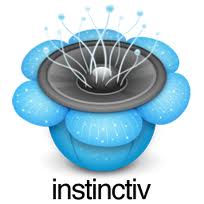 Got internet connection? Get any song you want, on any device(s) you have. Bounce and share songs in a single breath. That’s what the Instinctiv Player SyncStream is promising.

As you’d expect with this or any other player, the Instinctiv Player SyncStream makes your entire music library available whenever you have an Internet connection. What’s new is that you can grab almost any song of your whim, whether you are bouncing songs between devices or grabbing a song you heard blasting from a passing car.

The Instinctiv Player is boasting three cool features, SyneStreatm, Smart Playback and Identifm with which you can basically grab any song of another device (with Instinctiv SyncStream) and put it on your phone or computer immediately.

The SyncStreamtm feature uses something similar to a cloud-based content to deliver and play every song in your library on phone, laptop and desktop devices similtaneously.

The Smart Playback basically means that most of the features of iTunes and Genius are now free and available on your laptop or other music playing device. The app recognizes your musical taste and playbacks according to your mood. The Shuffle features works with this to figure out your mood by taking cues from what you do.

Ever heard a song blast out of car or in a shop and wanted it? Identifitm allows you to identify the songs you hear anywhere – on the radio, at the club or around town. Using Identifi, Instinctiv helps you build the ultimate library by enabling you to ID new music, download it on the spot and share with a friend.