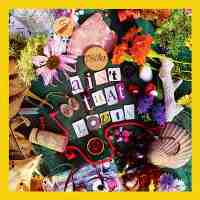 It’s been a while since we’ve heard from folk rock group Swear and Shake. From their successful album, Maple Ridge, comes another stellar EP titled Ain’t That Lovin’. Here, the Brooklyn-based group of Kari, Adam, Shaun, and Benny treats long-time fans and new listeners with five fresh songs that have been created during the group’s tour.

Opening track Like You Do lets listeners reminisce on the band’s signature sound with an all-folk arrangement and vocals. The charming and laid-back country vibe of this piece makes it the perfect background during lazy Sunday afternoons.

Wishful Thinking on Seagrass Shoal adds a theatrical flair to folk rock musings with vivid lines delivered in an animated manner. The track has a certain innocence and charm brought by a combination of chimes, acoustic strings, and fluttering piano keys.

Good As Gone treats the ears with earthly, rapid guitar strumming and a pleasant combination of male and female vocals. While Be Your Strength closes up the album in a slower, emotional note. In this song, Swear and Shake offers finely spun explorations on romance.

All in All, Ain’t That Lovin’ is a playlist-worthy collection that celebrates folk rock music in its core as well as showcases how Swear and Shake has evolved sonically through time.

Track List:
1. Like You Do
2. Wishful Thinking On Seagrass Shoal
3. Daggers
4. Good As Gone
5. Be Your Strength