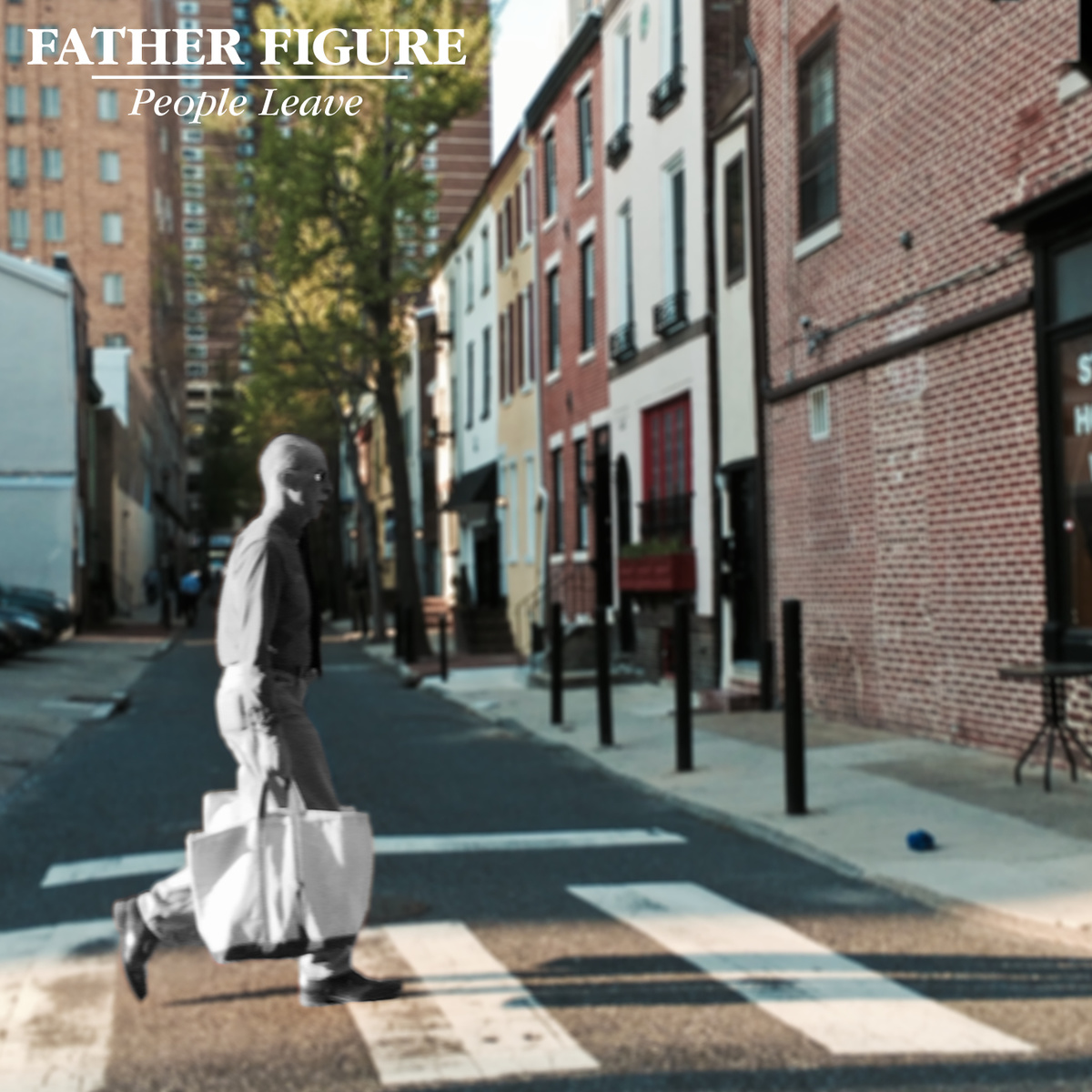 People Leave is the debut release of Father Figure – a musical act of two people who have been collaborating musically for years. Composed of Sean Steinmetz and Matthew Babenko, both sharing vocals and guitar duties, and are both from Brookhaven, Pennsylvania.

What started out as a friendship back in high school and putting together a band in their juvenile years has evolved into a pop-punk outfit that has drawn similarities to Balance & Composure, Title Fight and Citizen. People Leave is composed of eleven tracks that sing about the transition between youth and adult life – that hard-to-pin-down phase that Sean and Matthew went through together.

Starting out with the track You’re Young, the band pushes forward a grunge-y sound in the first few seconds before transforming the song into an ambient rock jam. The transition is beautiful, capturing the droning and monotone vocals before hitting up the volume on the clanging guitars that come with that lo-fi, DIY sound.
father figure

For a more space-y and floating vibes, Frustrate is the track you would want to listen. It has a shoegaze vibe to it, with that slow, sweet drag of the guitars. This song sounds like it has a lot of space. It has a repetitive guitar riff that can easily sneak into your eardrums and stay there for quite awhile.

The boys of Father Figure say that their songs are all written in under an hour or so. But when you give it a go, it doesn’t sound so. What we have here is a band that sounds mature as what they really are – a bunch of kids who are musically talented and happy to share their talents to music fans like us.