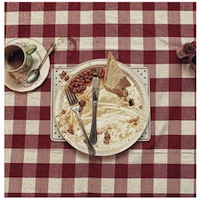 Originally a two-piece drums/guitar band, the boys formally took the name Shortstraw and started performing gigs in 2008. They have been making waves in the indie scene as an opening act for The Kooks for the 5Gum experience and is currently touring South Africa.

Packed with a collection of 12 polished tracks, Good Morning, Sunshine travails the trash folk indie territories with a splash of trip-happy attitude.

Kicking things off is Couch Potato, a lively folk ensemble that mixes quirky guitar play-ups with some energetic drum lashes. One thing’s that makes this track stand out is its hip and well-written lines. Surely, this sonic gem will find its way to anyone’s playlist

Gimme My Fix (It’s Only Recreational) follows the same sonic mold as the previous track, though it’s a bit edgier in its drum notes. Alistair’s enthralling vocals gives more power to the track.

Title track Good Morning, Sunshine and Bikini Weather make the ideal summer anthem as both shed hints of surf pop rock in every melody. While The Wedding Blues treats us some thick riffs and heavy guitar arrangement. Press play and let Alistair and Shane Durrant’s vocal slithers in every beat.

The collection closes in a soft cooing folk blend with 127 hours. The simple, saccharine folk strings build slowly to a celebration of drum beats, horns, and keys.

In Good Morning, Sunshine, the band has planted their spot in the indie landscape. With fun, infectious tunes and strong lyricism, Shortstraw is certainly something to look out for.