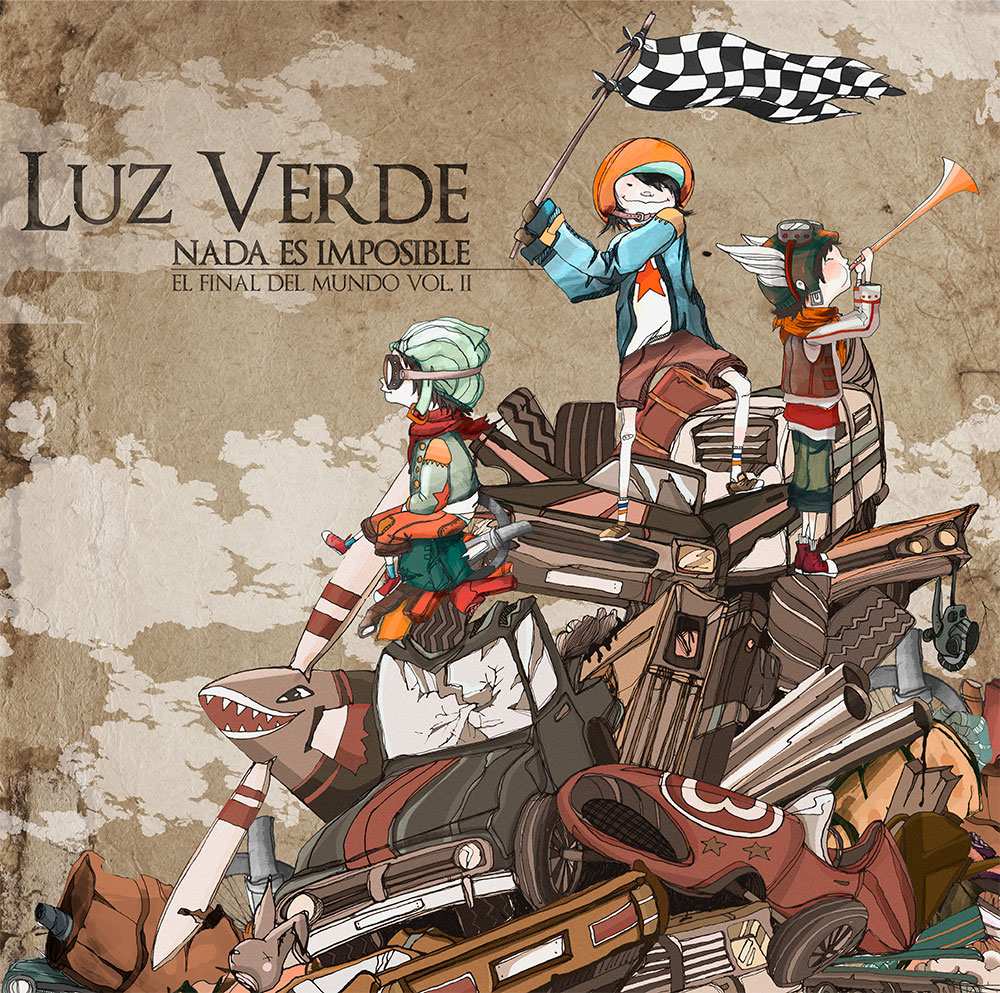 20 years in a band. No major label with big bucks financing your career. Really? That has got to be hard. I’ve been part of one myself for about 4 years, so I know a little bit about what I’m talking about.

It’s like running your own company, but with low or almost no budget, and no real earnings for a great period of time. Playing gigs in front of 50-70 people, hearing your folks or people you care telling you to quit, to find a ‘stable’ job, getting rejected from radio stations, and having almost always to give away your music for FREE.

Do you know how much it costs to make a professional record these days? Do you know how much time and effort it takes to write great songs? Did you really think being part of a band was like being a Rolling Stone 24/7? The short, and real answer is: NO.

So, do you really want to be a musician after reading all of this? Bring it on then baby.

Luz Verde is a Venezuelan 20 years old band. 6 records. A lot of cities, and countries have been toured. They are actually based in Barcelona, Spain.

They finally got their break. 20 years later, and its kind of funny, because their record title is translated to Nothing is impossible – The End Of The World Vol. 2. Isn’t it ironic? Morissette would say.

Say what you want about the Grammy’s but believe me, it’s better to be nominated, than not. Everybody wants to be there, it`s a huge opportunity to meet new people, label bosses, representatives, brands, and everything you can imagine. EVERYBODY is there.

It opens with Nada es imposible wich is a great tune; you can hear some Beatles on the guitar chords and licks. Soft and nice song with great vocal harmonies and a 60’s kind of feeling ending to it. One of my favorites. Simple, direct and honest lyric “nothing is impossible when all you need is love”.

Menos que cero, my personal favorite. If you are going to have a rock and roll band, please, write a song like this. Every band needs this song. I can hear the 20 years this band has been playing together on this song. They know when to put a lick, a guitar solo, a chorus; they know what they are doing.

Nena, the Spanish equivalent to “Baby”. I think you should send this to Justin Bieber and show him that this is the kind of song that deserves to be called baby, for real. Beautiful lyric line “sometimes I’m afraid of the solution, and I prefer to love the problem”. You know when you have a good song? If you are a musician, for example, the first thing that you do when you hear a great tune is grab a guitar and play it, and I did this immediately after I heard this one. Beautiful love song that you can impress your girl with when she doesn’t understands you. Women often don’t understand or misunderstand men. And by refusing to admit how they think you skew the whole discussion. Men tend to want to impress their friends or girl, for your information. Willbert Alvarez the writer of this song has a solo album and you should really check it out. He is in his best years of writing, in my opinion.

Congratulations on the Latin Grammy nomination. If they don’t deserve it, I don’t know who does.