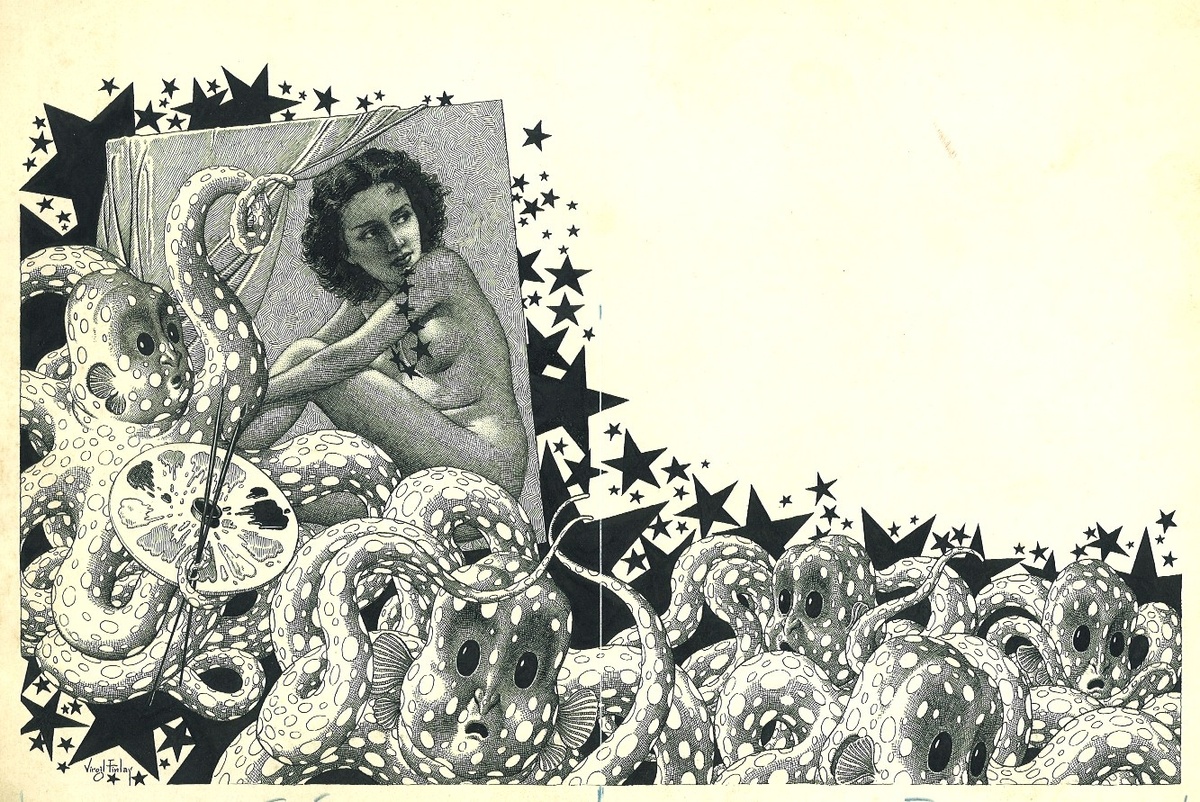 Earthling Society: Brotherhood Of The Cod

Sometimes, a little peculiarity is all we need to jumpstart things in a whole new light this 2014 (’cause change is constant). We’re enlisting the help of psychedelic rock band Earthling Society for this one, since, well, why not?

More of a mood setter than an actual album, by traditional standards, the group’s latest release — Brotherhood of the Cod: 13 tales from a Fylde Coast Fish Cult —  embraces every folk element we loved, and repurposes it into something queer.

It experiments with lots of reverb, guitar, and breathy vocals to lure us onto eventually praising that fish cult/’krautrock’-ish sensibility. Though it mimics Oasis in some of its pop attempts, there’s no denying that it boasts a rare bravado among its peers.

Line up your ears for gems such as 7-minute starrer “Lost in a Daze“, the grungy “Dark Side of the Mushroom“, and the Poe companion “Annabel Lee“: it’s like reading a classic while on a substance high.

Not that we’re complaining.