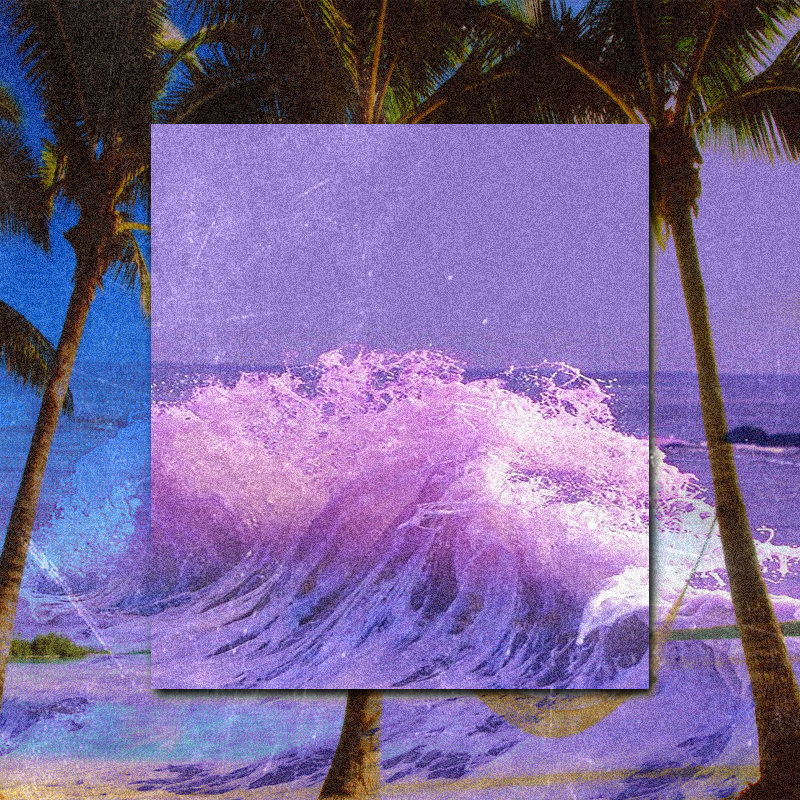 Chris Haughey is a Future Funk producer from Glasgow, United Kingdom. Under the name ConsciousThoughts (formerly spelled コンシャスTHOUGHTS), Chris puts out funky tracks to the world via his Soundcloud and Bandcamp pages. In February of last year, ConsciousThoughts released his Sun, Sea and Surfing album and we’re sharing this free album with you today.

Sun, Sea and Surfing isn’t Chris’ first full length album but it is definitely one to get a hold of. It was released through the Business Casual label, a popular label for varying genres. One genre the label features a lot of is Vaporwave music, which is thought to be a parent genre of Future Funk. Chris has an extensive background with Vaporwave music, releasing a 3 volume Vaporwave series in 2014. Sun, Sea and Surfing also has clear Vaporwave influences, starting with the cover art. For those who are saying to themselves “I just found out what Future Funk is and now we’re talking about Vaporwave?” this track from his Vaporwave Vol.1 is a good example of what Vaporwave sounds like (With a Conscious twist, of course).

For the most part, however, Sun, Sea and Surfing is a jamming Future Funk album with heavy kicks, fast hi-hats, and clean disco samples. And Chris has become a notable Future Funk producer. About nine months after releasing this album, He was featured as the first artist on the Future Society Collective’s Volume 1 Compilation. Later that month, he released the “spiritual successor to Sun Sea and Surfing” through the same collective, entitled 愛 (Love). Since then, he has also joined the Club Coral Collective and is featured as the last artist on their Coral City Compilation.

ConsciousThoughts captures a good mood with Sun, Sea and Surfing. And with Summer just around the corner, now’s the perfect time to grab this free album. So click The download button now. And for more Future Funk/Vaporwave, be sure to follow Chris on Soundcloud.