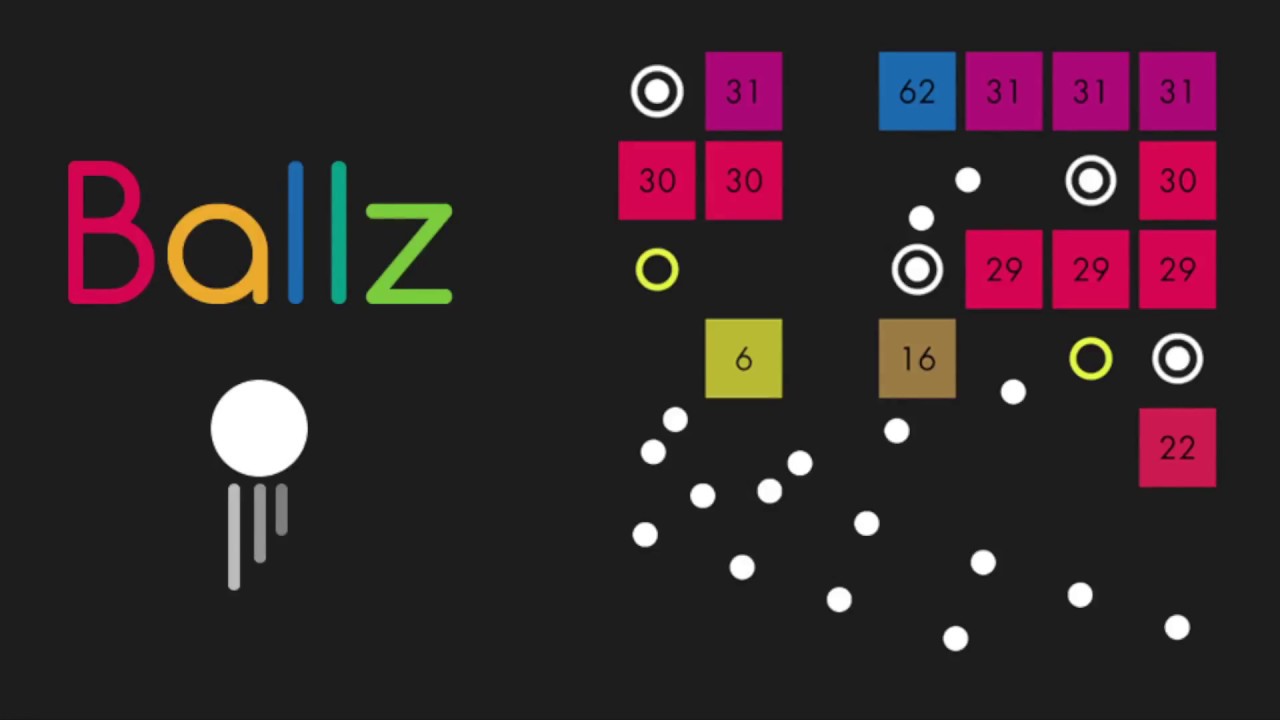 There is no shortage of casual games on mobile, though quality is not the same. Some are not worth your time, but others like Ballz by Ketchapp are more immersive. It takes the classic brick breaking concept and adds a modern touch to suit mobile gamers, so think of this as Breakout but with some new twists.

The goal is to break the tiles / bricks. You just slide your finger to shoot, but make sure none of the tiles touches the ground or it is over. Each tile is numbered, and you have to hit it according to that number. When the ball moves down, so do the tile rows, which is why you have to remove the tiles as soon as possible.

You get just one ball to commence the game, but you’re going to get more as you advance. Those extra balls are going to help you get high scores, and with multiple balls you can use them to break several tiles.
Keep an eye on the circles that appear as you’ll get extra balls when you hit them. You don’t always have to shoot in a straight line as it can be just as effective when shot at angles. As you play the game you’ll learn to find the correct angles to take out those tiles.

Ballz is easier to get to than it might seem, and it won’t take long before you develop a rhythm. It’s the type of game you think you’d play just a few minutes but end up doing so for an hour, it’s that addictive.