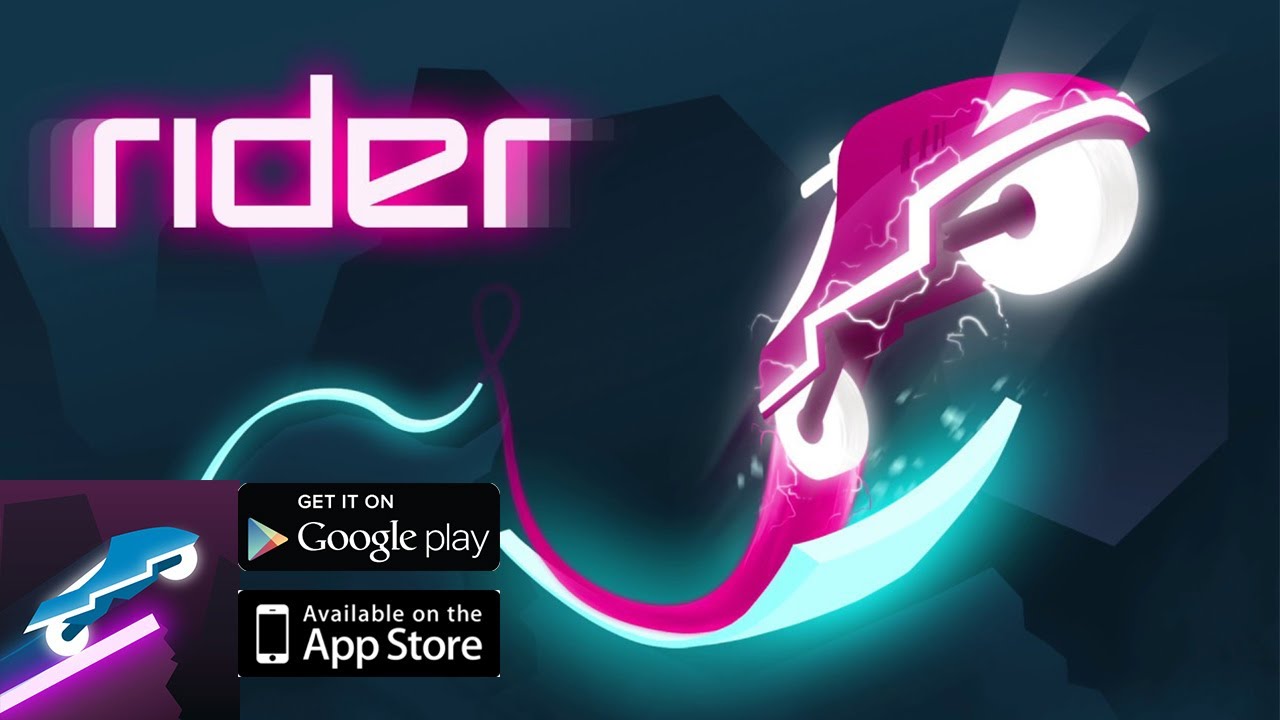 Two of the most popular genres are driving and endless runner, so why not combine the two? That’s what Ketchapp did with the aptly named Rider. It’s got minimalist graphics and simple controls which should appeal to casual gamers, but with its multiple modes and secrets, you’ll want to keep playing this.

This 2D sidescroller driving game has very simple controls: tap and hold to speed up your bike. If you’re in midair, tap the screen to do a spin, and with practice you’ll be able to do flips. Play the game long and you can do two flips in one jump.

Pulling off those stunts is cool, but you’ll only get the bonus points if you’re able to land. That’s the tough part but it’s very satisfying when you do pull it off. After your gem meter is field you’ll be eligible to get a new bike. You need 500 gems to get the first upgrade and then every 50 gems for the rest.

You get gems by completing the challenges, and as you play you’ll also be able to unlock different themes for the game. You can’t get these with gems though as they’re only available when you beat a challenge.

The bikes you unlock vary in style, wheelbase size as well as the spin speed. A bigger wheelbase makes it easier to land your bike, but flipping will be slower. This is the trade off that you will need to consider when using one of these bikes. Bottom line: Rider is an immersive game that’s fun and will challenge your reflexes.