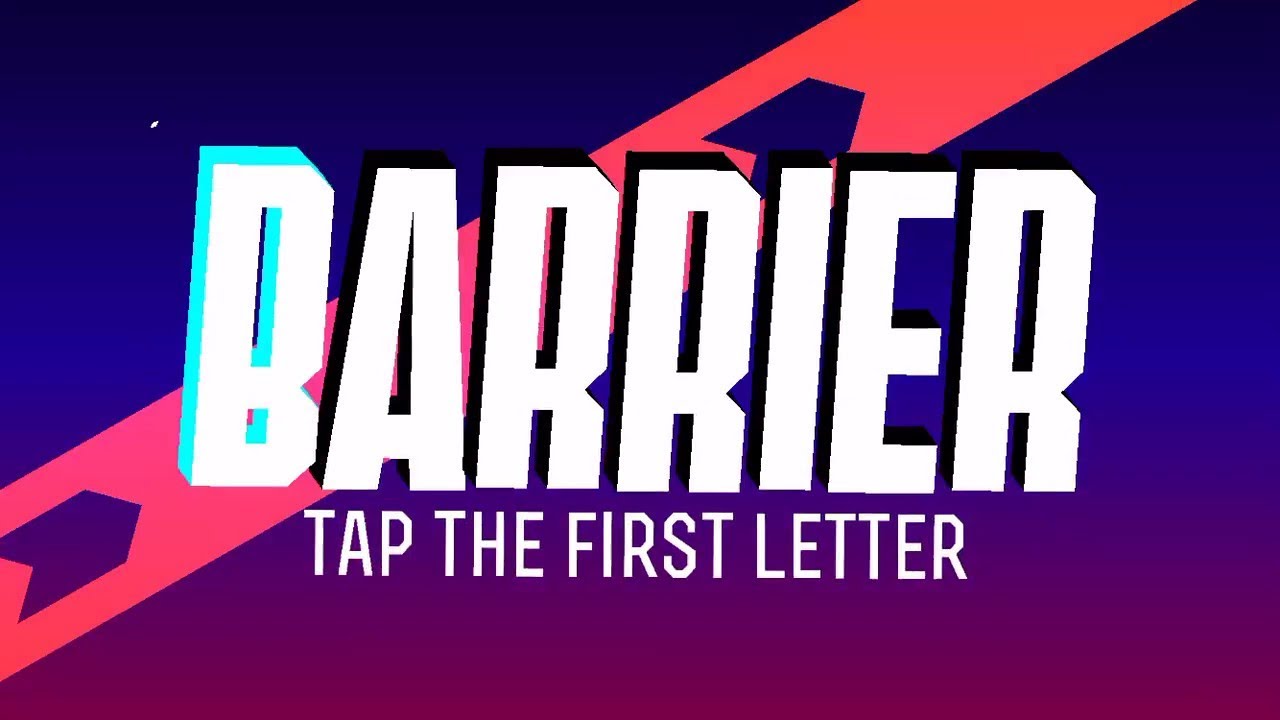 Barrier X from Pinkapp is one of those apps which you will just find difficult to put down. It’s one of those maddening games where you say “just one more” and you keep playing an playing and playing. The fact that it has a very simple concept works in its favor as even a casual gamer can get in it.

Again, the game is very simple; there are letters which designate a level and you have to go through seven levels without crashing into the blocks or your opponents. As the game starts, you just tap right or left to avoid getting hit.

That is all there is to the controls: tapping left or right to avoid crashing and keep this up until you get to the end of the level. Every 15 seconds things speed up and after half a minute the succeeding level is opened up.

It sounds easy: just survive for a minute and you get to the next level. But Barrier X is fast and you’re going to crash several times before you can get past level one. But that is part o the fun and says a lot about the game’s quality. The graphics are well-designed and colorful, and the soundtrack matches up with this. It has a distinctly classic retro feel to it, and that’s a good thing.

Barrier X is a simple game with intuitive controls and easy to pick up. If you love fast paced games and not have t worry about plots or anything like that, give Barrier X a try. You can play it for just a few short bursts at a time, but due to its addictive nature you will likely it for far longer.