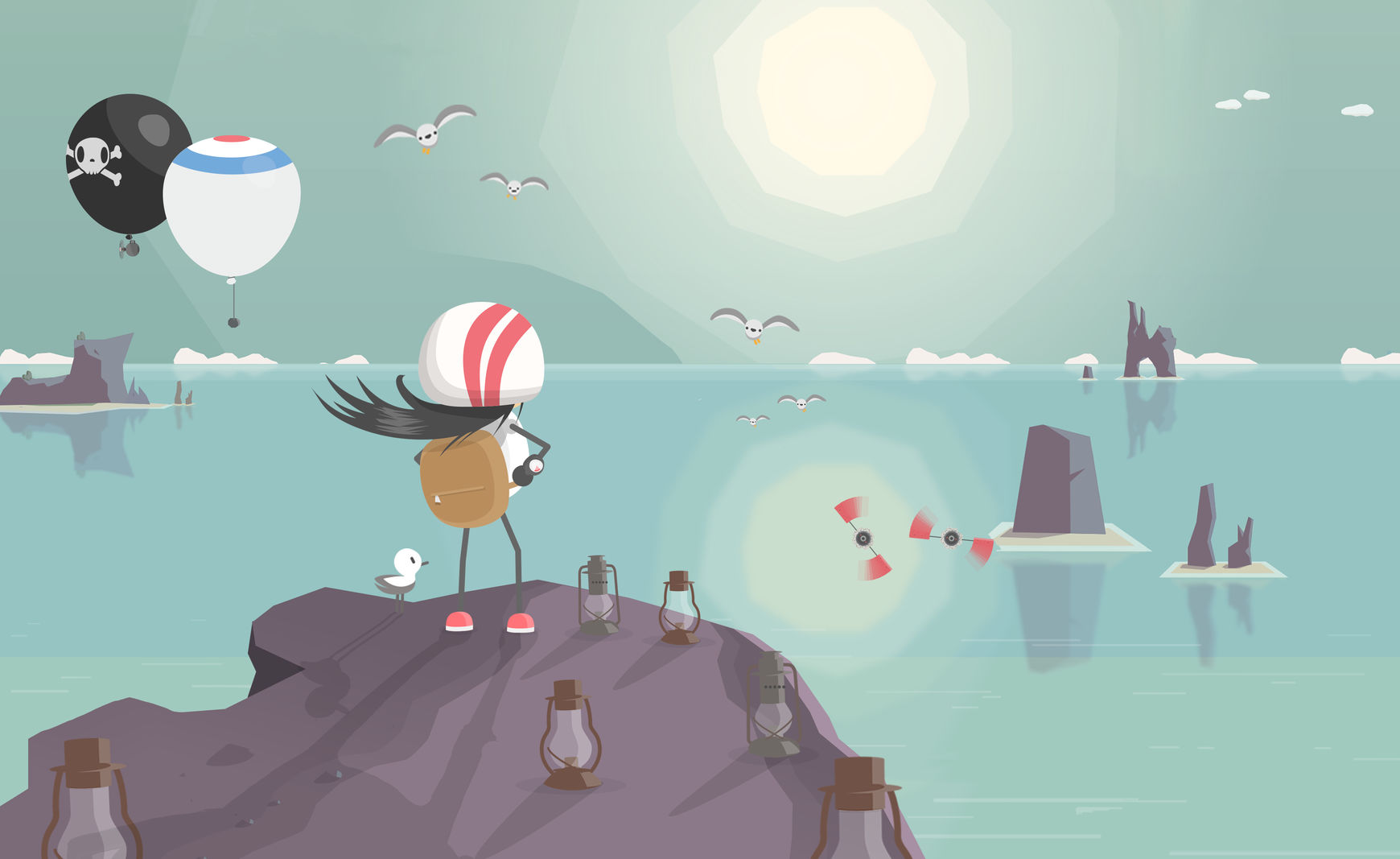 Getting the attention of mobile gamers gets more difficult as competition is cutthroat. This is particularly true in the endless runner genre as there are hundreds if not thousands of titles available. Now Laser Dog and PlayStack brings us Ava Airborne, an endless runner with cool graphics and lots of potential for engaging gameplay.

Ava loves to fly, and you can help by keeping her gliding for as long as possible. Tap and hold the screen and her glider goes up. Let go and the glider goes down. Avoid hitting the ground as that ends the game, but you need to keep the altitude and speed at the right level to go on.

Keep your eye on the skies for bonuses and power ups, so you need to pop up those items and grab the freebies. As you play and reach milestones you get access to other flying machines besides gliders. The more you unlock the more you can customize Ava and advance. Not only can you customize the flight gear, but you can also change the aesthetics.

Even with all the enhancements the glide controls remain the same so no major adjustment needed. While the basic goal is to keep flying, there are several objects to unlock and stuff to avoid.

Ava Airborne contains many of the elements we love in endless runners, but the publishers added some new stuff to keep you engaged. All in all, Ava Airborne is something you will want to try if you are into casual, endless running type games.