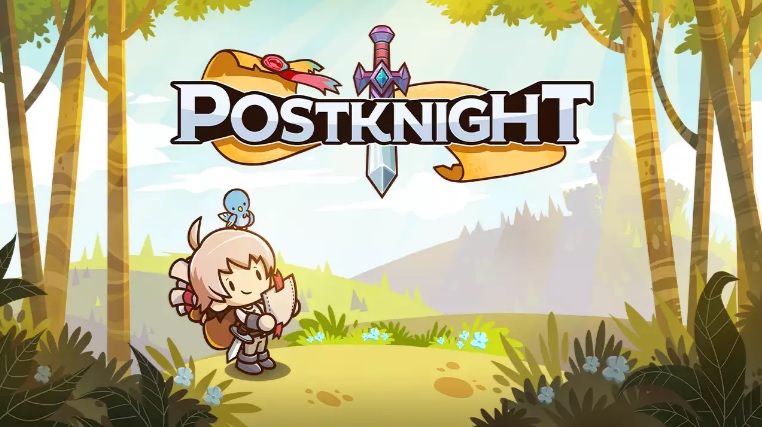 Postknight by Kurechii is an RPG game, but the adventures are in bite sized chunks. So unlike a typical RPG, you can have your fil of looting and monster killing without investing too much time in it. At the same time, there are lots of areas to explore in the kingdom of Kurestal.

Your character is Postknight, who is tasked with making deliveries to different locations in the kingdom. You will be sent to Pompon village whose inhabitants have been scared off by a reported dragon. Your primary objective is to deliver packages and letters, but you have to find the villagers too.

This is an auto running RPG, and the missions are short and sweet. He walks automatically during each mission and he attacks enemies like in a typical sidescroller. You help in three ways: charge, potion skills and shield.

Tap charge and Postknight moves forward after his attackers. Tap shield to protect him against projectiles and provide general protection. You can also use the potion skills to boost his health and improve his other statistics. There is no limit to the number of times you can use the three. However, they need to cool down after each use.

That means you have to strategize and decide when to best use them. For instance, you don’t want to use the shield for every attack as they’re best saved for arrows. For casual gamers, it helps Postknight runs on auto, but you still have to do quite a bit.

Each mission takes around 20 to 30 seconds to complete, so the story moves quickly. If you like RPG games but don’t want to spend hours figuring it out, Postknight is for you.