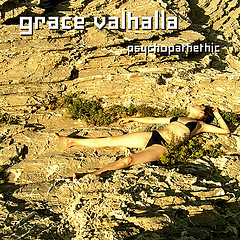 Grace Valhalla is a young, fresh female French DJ & composer. To date, she’s released four albums – “psychopathethic” is her first one. Out of all four, “psychopathethic” is the most influenced by rock music. The second album entitled “PEAK~” is definitely more on the electronic side, while the third, “Wire”, is a mix between the first two. Her newest album, “summerCamp”, has more of a pop feel to it and is the most upbeat and positive. Make sure to check out all four of them!

On of her Jamendo fans (who reviewed all four of her albums), bizun_, gave it this rave review: