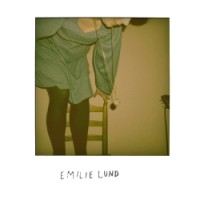 Another amazing release from Aaahh Records, Emilie Lund is the latest folk genius to come out of Stockholm.

Singing about her life and influences while growing up in a countryside town in Sweden under the wing of former hippie parents, Lund brings a fresh take onto the world of folk music. Her music is soothing and melancholic; soothing in its capacity to stop time and melancholic because it can make for a great background track to your homesick emotions and melancholia.

This self titled EP features 5 tracks, each with a distinct sound that can make you both a lover and believer of folk music in an instant.

Lund sings about the simplicity of her life while she lived in Sweden, being sheltered at the house near the forest where she grew up. Her voice is cute and is slightly similar in pitch to Joanna Newsom, minus the freaky emo nasal tinge,  of course.

Emilie initially released a handful of tracks in 2007 and was asked by Aaahh Records to create an EP under their banner. The result is the five tracks in the compilation which showcases Lund’s writing abilities as well as solidifying her mark on the world of indie folk pop music.

Personally, I love listening to each of the tracks on this EP. There is never a time where I didn’t wish it had more tracks in it than the five awesome ones it already has. I’m hoping that her full length album will follow soon and be able to live up to the greatness of her current songs, if not better.

You can download Lund’s music for free under Aaahh Records. Listen to it and take it in. I’m pretty sure you’ll think twice before avoiding folk music again.