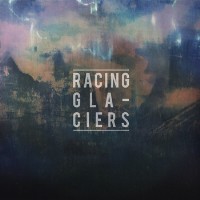 Describing themselves as a band that mostly writes about “rivers and nighttime,” Racing Glaciers makes for an intriguing yet slightly offbeat group. This self-titled album features 6 cuts that range from slow indie folk rock to electro infused alternative cuts.

Rooted in indie folk, this debut effort actually expands beyond genres and transports listeners into a world where music seems to float on. Each cut imbibes a quiet atmosphere, mixing together melancholia, quiet reveries, contentment and just pure wonder.

The album itself was recorded in one of the members’ living room. All stripped down, the rawness of the setting has embedded itself into the mood of the record.

South, officially opens the album. The song combines beautiful vocal progression with horns and quiet guitar strumming. All of these build up into a slightly epic indie rock instrumental. Combined with the 47 second intro, both tracks make for the perfect opener. One of my personal favorites in the album.

Summit follows suit, carrying a blend of folk, country and blues rock with it. On the other hand, Morning River, explores a more indie pop rock feel and unlike the previous tracks places the vocals front and center. There’s still a hazy veil covering the tracks which makes it seem as if you’re seeing (hearing) it with half closed eyes.

Overall, Racing Glaciers is a promising band. Their expert progressions and instrument work alone makes the album worth checking out. However, couple that with gorgeous melodies and just the right touch of vocals; you have yourself a go-to record for those lazy mornings. Listen and enjoy!