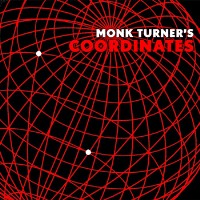 A concept album that slaps you hard about the reality. You’ve got to love Monk Turner for creativity and witty lyrics. He combines various music genres and creates tracks suited for any type of music listener. Equipped with tongue-in-cheek lyrics about everyday life and social events that people encounter throughout their lives.

Of course, it won’t be a concept album for nothing. Pretty much the entire album is all about songs at a particular location, like that “Dive Bar off Maine Street” or “The Hair Salon, ” even “MJ’s Grave.” It’s meant for you if you love to pay attention to the lyrics more than fuss over melody.

Monk Turner first delved into music in various bands playing anything from hardcore punk to Latin, however, he pretty much got tired of it and started to veer off a different route. One where formulaic signing, touring and getting a hit single was not part of the plan.  His masterplan instead, involved gathering free form musicians and then creating albums that had one central theme. Thus, his concept albums started to take form.

Some of the themes he has tackled in his past concept albums included songs for each month of the year in Calendar; a tale of love inspired from a Buddhist tale in Love Story; as well as an entire album that tackles the American society and its little knick knacks in New American Songbook.

Coordinates, as mentioned, is an entire album about location. True to his style, Monk Turner doesn’t stick with just one type of musical genre, for instance, he delves into RnB in The Hair Salon and even channeled folk indie in Rooftop Balcony.

Each of the tracks is distinct and the lyrics are fun to listen to. A personal favorite would have to be Rooftop Balcony and MJ’s Grave, although the rest of the songs are easily likeable as well. It’s one concept album that is spot on and worth every space in your hard drive or iPod.