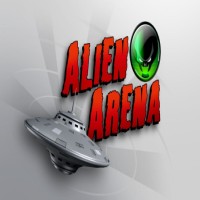 Hailed by many gamers as one of the best free FPS games online, Alien Arena is certainly one game any FPS game lover should not miss out on. Apart from the fact that it’s completely free (as of the moment anyway), it features pretty good graphics and gameplay for an online game.

It combines elements of Quake III as well as Unreal Tournament and packages them with a retro alien theme; creating a world that somewhat lies in between the two games and fills in the gaps. Alien Arena is a 3D game that’s available for download in different platforms including Linux and maybe pretty soon, Mac.

Alien Arena is a deathmatch style game created by id Software. The game incorporates a 1950s science fiction theme along with elements taken from Quake III and Unreal Tournament, two of the most hailed FPS games available. As of the moment, the game is available for free download in Windows, Linux and FreeBSD formats. On their site, they hint that a Mac version will be out later on.

As for gameplay, it features multiplayer action as well as single player campaigns against bots. Single player action provides some interesting weapons as well as a good choice of maps like a ghost town or a space station. Some of the weapons you can use during single player mode includes a flame thrower and the guaranteed-one-shot-kill Vaporizer, apart from the standard one you get at the onset of the game.

The real beauty of the game, however, centers on the multiplayer games which is very impressive and engaging.

Probably one area where the game receives rave reviews most is on the maps and the AI. Maps in Alien Arena are well thought out and fun to use. Moreover, AIs are engaging and will definitely give you a good run for your money. Typically, AIs in these types of games become increasingly predictable once you’ve killed a few, but not here. AIs in Alien Arena will definitely keep any player on their toes which adds plenty of excitement when playing single player mode.

Overall, the game is loads of fun to play and any gamer that has a heart for FPS games will definitely have this somewhere among their “best” list.