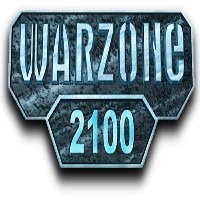 Want to play something that’s more challenging than the usual shoot and kill? Warzone 2100 offers you a real time strategy and tactics game designed to make you think and destroy at the same time. Warzone 2100 was published by Eidos Interactive and developed by Pumpkin Studios.

Originally, the game was released on a commercial status but by December 2004, much of the source code for the game was tagged with a GNU. Today, the title is a full open source game that you can download and enjoy right at the comfort of your own home. Take your wit and skills to help rebuild a new civilization for mankind or simply have fun blasting the enemy from beyond the gates.

The story revolves around the fight between “The Project,” a group of people who survived the nuclear strikes and are seeking to rebuild civilization by using traditional pre-war technology, and war freaks “New Pardigm/ Nexus.”

While gathering “artifacts” that they can use, the Project is attacked by a group who call themselves “New Paradigm.” The group is working under another organization branded Nexus, of which is led by the one of the instigators of the nuclear strikes.

Gameplay for Warzone 2100 is typical to most strategy games, however, one obvious fact is that it focuses more on the “war” rather than on the strategy. This is not to say that it lacks in that department, in fact, any strategy game fan would be pleased with the game.

One good thing with this game is that unlike Starcraft and Command and Conquer, players won’t have to micromanage when it comes to building their resources. In this future, there is no need to grow trees etc.; the only thing you need to do is look for oil. This is especially helpful on single player campaigns where you get to focus on the game itself and not looking for more “money.”

Another good point with Warzone is that it gives you freedom to create and design specialized vehicles based on what wheels, weapons, and chassis you have on hand.

The game graphics is also something to rave about. It comes with a full 3D engine; providing excellent details on terrain as well as weather effects. Action and responsiveness is also much faster than usual.

Overall, the game is an awesome multiplayer strategy game, although somewhat comes up short on the single campaign mode. Nevertheless, the game graphics, gameplay and extensive interface is something worth checking out.