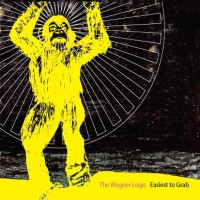 The Wagner Logic: Easiest to Grab

Shoegazer indie rock that makes you feel “infinite.” Perhaps the Wagner Logic has noticed the many criticisms they got after tagging “punk” along with their genre in Jamendo, because they removed it and left their description as indie, alternative, postrock and rock.

Well, those words are more fitting in describing their beautifully melodic release, Easiest to Grab anyway.

The Wagner Logic is composed of Jeremy Wagner and James Glave who by their own definition are “two mysterious friends challenged to a blood pact…making music in the woods.” This is their very first release and for sure it’s not going to be the last one.

Indie rock duo, The Wagner Logic, has been described many things, including a quirky description from Skyline Press as sounding “like the Beatles if they smoked a bunch of weed and became very mellow.” Indeed, there is a ring of truth to that, the band’s first release Easiest to Grab is filled with 9 indie rock tracks that’s laced with a dreamy and mellow sound.

Easiest to Grab is filled with songs that makes you think of going on a long road trip; feeling the wind in your hair and enjoying the scenery. It’s essentially a “nice” album to listen to. It’s not spectacular if you are looking and expecting for loud, hi-energy punk, but for indie lovers out there who love shoegazer rock, then this one could satiate your palate. Some of my personal favorites includes the rustic and comforting feel of “The Bird Song,” as well as the poppy beats and humming sound of “Ambulance.”

Apart from this release, the band has released several singles as well as a new full-length album, aptly titled, Self-Titled 2nd.

This work is licensed under a Creative Commons Attribution-NonCommercial-NoDerivs 3.0 Unported License