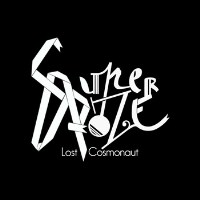 Looking to try out some instrumental electronic rap/hip hop? Give Lost Cosmonaut a listen and you’ll find a whole new world of sound. This 12 track downtempo beat fest was created by Superpoze; a self described “beatmaker from Caen, France.”

He first debuted in the music scene with his EP record, Snowpixel and soon after, he went straight on to create this compilation. The artist mixes downtempo hip hop with catchy rhythms and great sampling. It’s this skillful mixing and form that gives the tracks on Lost Cosmonaut that extra sense of personality. Definitely something that should be worth listening.

Although most of the tracks are instrumental, occasionally you’ll hear voice and rap samplings courtesy of Matthew MC. The combination proves successful creating well-put together tracks that’s perfect for downtempo musings.

Starting with The Haunted House, the song is a low-key, atmospheric single that combines beautiful female singing with the smooth beats of Superpoze. The song transitions beautifully into the title track, Lost Cosmonaut. Perhaps one of my favorites in the compilation, the song exudes this trippy R&B vibe; greeting listeners with some acoustic guitars, a steady beat and a lovely twinkly sound in between. Perfect for a laid back time when all you want to do is set some mood music for a relaxing day.

Overall, you get a nice little set of trip hop songs in this record. I love the play on jazz, R&B and straight up hip hop on most of the tracks and if you look closely, there’s even a touch of nice poppy beats in there. Something to check out if you’re in the mood for some downtempo trip hop.