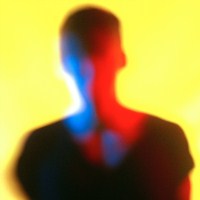 Affection is the group’s latest record. According to Smith, the sound is a lot like their debut EP (The Wolves)  only “…more layered and there’s more diversity amongst the tracks. There are some bits that sound kind of like Slowdive, or maybe Ride…)

The record compiles 11 cuts that showcases shoegazer guitar soundscapes. A compilation filled with gorgeous catchy melodies and dreamy, swirling indie pop. Serving as a follow up to their much lauded EP; Affection is a smorgasboard album that features a lot of cool elements fusing beautifully into one cohesive sonic compilation. It opens up with the moody Black Hole. With a long dreamy, synth filled intro and classic laid-back, angsty vocals; this is a pretty cool track that gives a nod to what’s up ahead.

One of my most favorite cuts in this album would probably be The Garden. After a listen or two, the song just struck a nerve and impulsively bounced around my head. The dreamlike guitar solo and reverb is a real beauty. Of course, there’s the catchy melody as well.  Meanwhile, The Northwest States is another track that’s easy to gush about. Opening with a slightly mellow, steady beat, it builds up to this lovely swelling (yet subdued) chorus. The other tracks are also worth checking out.

Currently, the guys are looking forward to performing on more live shows as well as working and tweaking on some of the new tracks they have.

Pretty much, I have nothing but praises for this album. It’s a solid piece of indie shoegazer rock that you’ll definitely enjoy if you love this genre.