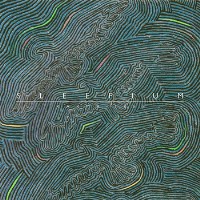 Karma Tree mostly sounds like a Swedish version of Vampire Weekend. Although occasionally they venture out and mix alternative and sugar pop, it’s hard to deny that the boys have a knack for the indie sound.

Sleepium is the full length debut for the trio. It was recorded late 2009 and released the following year. Much of the songs on here showcase the band’s penchant of mixing everything up, they can easily go from pop with bright twinkly guitars, to heavy metal sounding riffs and even boyband sounding beats.

Soak, is the first single that greets you when you put on the record. It’s a three minute track that seems confused about its identity. Opening rather slow with melancholic, Morissey-esque vibe, it then moves to an acoustic bit before embracing a slight new wave demeanor for a couple seconds then back to twinkly moderate tempo pop.

On the other hand, if you jump to the third track, Hipster Clouds, you’d be forgiven to think that the band is a hardcore alternative rock group after hearing the first few minutes of the song. It features heavy guitars and drumming before settling for a more mellow pop rock beat. Meanwhile, Words Just Won’t Do, sees the band in their element. Personally, I prefer it when they sound like this. They seem more comfortable without any hint of “trying too hard.”

Overall, even though the record has several tracks worth checking out. Much of the songs have this annoying habit of switching gears/genres/ beats right in the middle or towards the end part. It’s possible that the band is doing this as some sort of statement for their sound. Personally, though, it gets quite irritating when you listen to it. It’s all good the first one or two cuts but when you hear it on almost every single track, it gets old really fast. More so, if you’re enjoying a particular song or beat and it suddenly turns topsy turvy out of nowhere.

Regardless, even if the album doesn’t  completely work for me, this band could be just what you’re looking for. Take a listen and grab the download if you like what you hear.