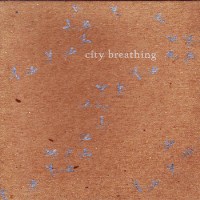 City Breathing: Look How It’s Snowing Upwards, Look How They Move Towards Heaven

Ethereal instrumentalists City Breathing easily captivates with nostalgic tracks. If you think that 9 minutes for a song is just too long, think again. This New York based trio have cultivated a new meaning for nostalgia by creating tracks that capture your attention even if they go way pass your regular attention span.

Made up of Arun Antonyraj, Marwan Kanafani and Ron Tucker; the band creates epic post rock crescendos, hypnotic atmosphere and ethereal sound that sweeps you off your feet.

Look How It’s Snowing Upwards, Look How They Move Towards Heaven (yes, that’s the entire title) was recorded some time in 2008. A beautiful album that any post-rock lover will enjoy.

Most of the tracks from this compilation soar past the 7 minute mark. Before you dismiss this band though, take a listen to one or two of their cuts. Chances are, you probably won’t even notice that it’s gone beyond the 5 minute mark until you realize that the song is over. It’s this quality of transporting you from reality and warping your sense of time that makes these set of songs simply remarkable.

Opening with this is a secret we’ve been waiting for, the track gives the listeners a peek of what they’re in for as they listen to the album. Starting from a very quiet, serene melody and slowly but surely building up to the lazy vocals. It’s a great piece of work that runs for more than 7 minutes. A perfect getaway track from that mundane moment doing paperwork at the office.

Meanwhile, the longest cut on the album is track no. 7, a memory of fingerprints. It runs for almost 10 minutes and starts off with quiet guitars and sweet, reflective vocals. Typical of post rock ensembles, the song slowly builds up as the artist adds more layers into it.

Essentially, the album is filled with swirling guitars, beautiful endearing vocals and a completely enchanting soundscape that lets you dream away uninterrupted for a solid 7 – 9 minutes at a time.

City Breathing currently has two other records released since this one. This includes the mini EP My Apple ][ is Singing Sad Songs To Me and the Christmas album released last year, Have a Melancholy Christmas. These two compilations are also available for download on their main website.