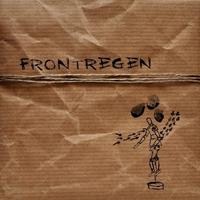 Frontregen is an indie Austrian band that creates an eclectic pop punk indie rock sound. Their sound is characteristic of female sweet sounding vocals, a mix of alternative rock/pop beats and indie sensibilities.

This self-titled album is a first for the group. It was released back in December 2010 and so far it’s showcasing a lot of promise for this 5 piece crew.

The entire album resonates with passion and energy; skillfully balancing a hard rock punk edge with that of sweet, pop folkish vocals. It’s certainly worth checking out if you are a fan of these genres on their own.

This 8 track self-titled debut is a beautiful piece of work. Greeting you upon first listen is the alternative pop cut, Sinking. The vocal work, like most their songs, is beautiful. It is breezy and compliments the keyboard work as well as the slightly rockish feel of the track. Speaking of a more rock sound, Stories, sets up a heavier electric guitar sound but is balanced out by the female vocalists very girly/slightly throaty singing chops.

Thought, I Know You is another lovely cut that starts with a moderate pace and progressively leads to an upbeat, alternative tempo. The tempo mix is interesting and adds layers of interest to the song. The keyboard work is also pretty good on this one. Get Up, Get Out, Get On is a personal favorite from this record. The track features an unconventional melody. If it was a piece of cloth, it would look like a big quilt, with all its lovely layers and pieces sewn on to make it look beautiful.

Frontregen is made up of  Katrin on vocals and keyboard; Benjamin on guitar and vocals; Moritz on guitar;  Johanna on bass and Siegi manning the drums.