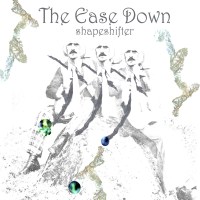 The Ease Down: Shapeshifter

Singer/songwriter, Ben Wilkins, is best known for his band, indie piano pop rock group, The Ease Down. This Montreal native loves to create honky tonk jazz pop rock with his piano as well as incorporate some lyrical melody to his songs about love and life.

Shapeshifter is the first album from this group and comes with 10 tracks filled with good vibes that’s perfect for a relaxing afternoon.

Son of an Evangelical minister, Ben Wilkins has had a steady supply of music in his life from church choir to high school plays. He is joined together by Max Wiviot on bass guitar and Alex Dray on drums. Together as The Ease Down, they create a sound that echoes great, fun and relaxing times. Even though the lyrics might sometimes say otherwise, their tracks are often filled with poppy beats infused with great honky tonk piano work.

Tracks though like, Picture Time, do have a brooding, hauntingly playful feel to it. Despite Wilkin’s soft, schoolboy vocals, it would still fit perfectly as a soundtrack to a Tim Burton film.  Meanwhile, title track, Shapeshifter, carries a jazz vibe tagged with a boyish cynicism.

Overall, the album is a great compilation of cuts that blend nicely together. It’s like each one has its own identity yet they all work together to form this coherent and very enjoyable, not to mention download-worthy, album.

This work is licensed under a Creative Commons Attribution-NonCommercial-ShareAlike 2.5 Generic License.