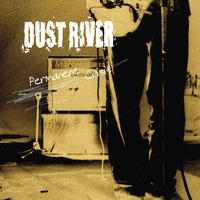 Listening to Dust River is like suffering through a 90s de’javu. If you didn’t know better, you could easily mistake this French band for a popular, now-defunct grunge genius band named, Nirvana.  The only real giveaway is the French sounding vocals as opposed to the garbled words of Cobain.

Nevertheless, Permanent Crisis reflects a moody, grunge sound that’s reminiscent of the movement when it first came out.  The songs feature prominent jangly guitars, a rockin’ vibe and plenty of attitude. This is the first EP from the group and so far, they’re still trying to shape their sound.

Dust River originally got together back in 2006. The group recorded their first three tracks in a demo the following year and by 2008, they finally released this 7 track EP, Permanent Crisis. This three-man crew has since then worked to establish their own sound and gain an audience. The EP as well as the first three singles they recorded are available as a free download from their website.

Permanent Crisis contains 7 tracks that are heavily influenced by the grunge movement. Opener, Never Forgive, is a straight up sounding homage to prominent Seattle grunge groups. From the guitars to the riffs, it’s a nice track that you can easily crank up. Other cuts worth checking out include Slipping Down, with its moody pace and low key vocals; and of course, the title track, Permanent Crisis.

Although the album isn’t for everybody, the songs are likable. If there’s a place for grunge in your heart, then this one will be an easy favorite. Recording quality is good. I’m not the biggest fan of the vocals, but it works nonetheless.

Give the album a listen. It’s available as a free download on Jamendo and licensed under creative commons.

This work is licensed under a Creative Commons Attribution-NonCommercial-NoDerivs 2.0 France License.