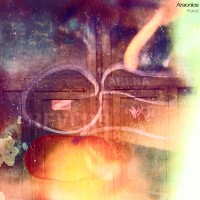 Kanoi manages to enchant and mesmerize listeners with his eclectic sound. Mixing pop, indie, folk and a tad bit of rock on there, Arsonics is an interesting record that resounds with a certain raw appeal.

The man behind Kanoi is Austrian musician, Benjamin Kantschieder. He’s essentially a one-man crew; playing all the instruments and doing all the vocal work.

Listening to Arsonics is like having one eye looking through a trippy kaleidoscope. The humdrum tone and spacey vocals makes you want to zone out and float into a dreamland where reality doesn’t matter.

Out on the Fields, starts you off into the journey with acoustic guitar strumming before introducing a hazy layer of vocals. The song sounds like it was tailor made for melodramatic teen indie films thanks to its moody ambiance and tone.

Almost all of the songs carry this same melancholic atmosphere. Meanwhile, Wrong from Right, echoes heavily on the reverb while Sea of Showers, and Hesumental, float on with melodic guitar riffs.

A cross between an indie lofi compilation and a pure melodic rock/guitar set, Arsonics paints a flourishing soundscape. The ebb and flow of the guitar coupled with vocal work to match would put any listener in a contemplative mood. It’s a great record to chill out to and think deeply with. Try it out and see if you like it.