The Mural and the Mint: As The Eyes of the Seahorse 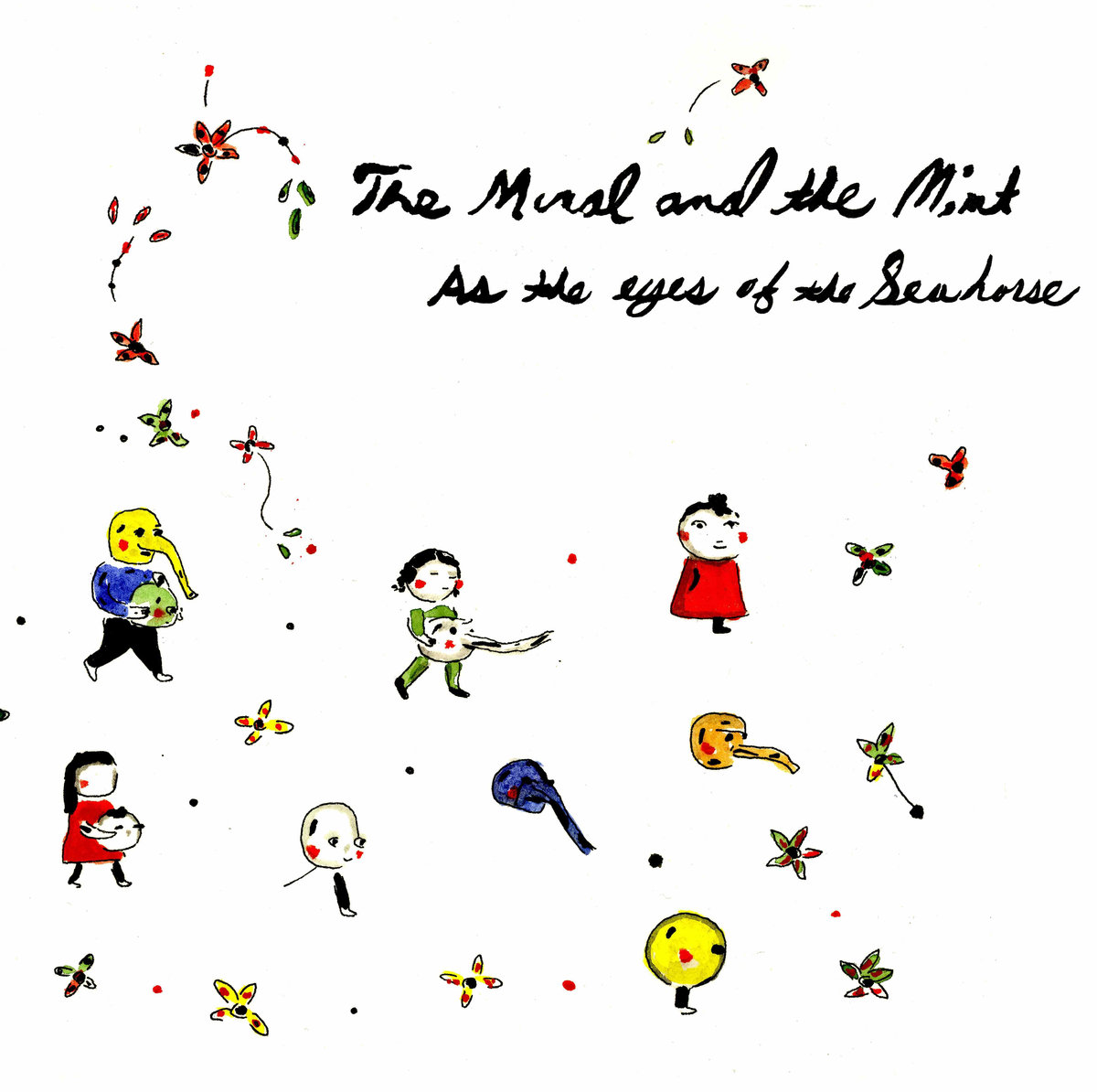 The Mural and the Mint started out as a pet project by Philly songwriter, Michael Kiley. Today, the current roster for the band has expanded to include Eliza Jones, Jebney Lewis, Joshua Ramey and Corey Duncan. The group has released several records so far and each one is made available for free download online. According to the guys, releasing their records for free is the only way for them to be heard as music, and not as products in today’s culture.

The Mural and the Mint borrowed their name from their hometown’s little quirk. Philadelphia is known as one of the most mural-infested cities around. With a highly proactive Mural Arts Program, there’s always a beautiful mural lurking around the city. The other half of the band’s name was inspired by the Franklin Mint.

When As the Eyes of the Seahorse was initially released, the group worked with the Nichole Canuso Dance Company to create an interesting visual representation of their music. This resulted in an eclectic but exciting mix of guitar playing, rhythmic dancing and coordinated hand claps to rival even the most interesting Flaming Lips performance.

The record itself is filled with lush melodies that are sprinkled with the right touch of dramatics. It’s a beautifully orchestrated piece that beams with gorgeous acoustic guitars, interesting vocal harmonies and quirky lyrics. Some of my favorites include the dreamy yet unusual, If Words Were Birds and the upbeat handclap-infused number, Ripe.

The band’s previous record, Private Pockets, also featured the same aesthetics but only on a more mellow level. This surprise new record is a bit more upbeat and contains added textures and layers. Of course, the guys know their forte quite well and pull back to give their listeners that dreamy indie folk touch at the right instance. All in all, it’s a beautiful record to check out.