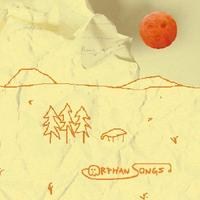 This self-titled debut album from Swedish band, Orphan Songs, is an amazing compilation of sweet, acoustic folk that will make you melt. It comes with 13 songs sung in a melodic folk pop rock style that’s easy to listen to.

Orphan Songs is a pet project for singer-songwriter, Carl-Otto Johansson. The album was originally released to critical acclaim back in 2008. By 2011, the album was re-released under a Creative Commons License, making it available as a free download.

If you’re looking for something to listen to on a quiet weekend, or maybe a companion for a long, drive home; you might want to check this out.

From beginning to end, the record is a sweet compilation of lush acoustic folk and rock along with hints of pop. Opening track, What You Want is Lost, is a quiet pop track with laid back guitars and very lovely vocals from Johansson. It’s one of those songs that melt you from the inside out. The track is catchy and very easy to listen to; perfect for a lazy afternoon of reminiscing.

Meanwhile, Epitaphs, reflects on the fleeting moment of life. It’s a gorgeous piece that makes you want to curl up and simply listen. Johansson’s voice adds a sense of reality and beautifully expresses the emotion the song is trying to convey. Into The Monster’s Arms is another lovely track worth listening to. For some reason, the song reminds me of Radiohead’s Thom Yorke; with the vocalists’ voice resonating with a very similar tone as the Karma Police singer.

Even though the album is three years old, it’s still an amazing record to check out. If you missed it the first time it was released, this is your chance to get acquainted with this melodic, acoustic folk pop compilation. You won’t regret it.