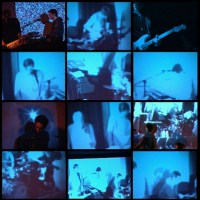 Ne:o is a German band that mixes a whole lot of genres to create an essentially artistic piece of work. The group recently released a live performance compilation to cap off their Â German tour last 2009. It wasn’t meant to be the last group performance but until today it remains to be seen whether the guys will be getting back together or not.

The album is available at Aaahh Records as well as on Internet Archive. Ne:o played songs from previous albums, Ă˘ne:omuzicĂ˘,Â Ă˘musikkritikĂ˘ and the critically acclaimed,Â Ă˘illojĂ˘. Listening to this band is like taking a wonderful, psychedelic music trip where you encounter layers and layers of sound as well as instruments that beautifully harmonize or mingle with each other.

Direkt is a spirited live performance from ne:o. It comes with 8 tracks that is filled with a wonderful mix of rock, electronica, jazz and pop all rolled into one. The album was recorded live at the Thalia cinema in Dresden back in December 2009. It has now become the bands final performance to date and was released as an album in conjunction with tonAtom, a German netlabel, back in May 12th.

Among the songs worth checking out include opening track, inn, which is a bluesy, prog/electronic love affair. Even if you consider yourself a bystander when it comes to electronic experimental music; it’s not difficult to appreciate this one. There’s a deftness and inherent balance that makes this song very enjoyable. Also, to achieve such precision in replicating their songs on a live set, is quite remarkable. Another great track is the upbeat, jazz pop cut, Je lieber. I love the retro disco vibe of the song. It definitely adds a sense of fun without going cheesy on the track.

Overall, the compilation is pretty intriguing. There are countless songs that you can enjoy even if you aren’t really a fan of electro/electronic pop music. The amazing thing is that this compilation was performed live. It adds to a whole new depth and showcases the amount of talent these guys have.

This work is licensed under a Creative Commons Attribution-NonCommercial-NoDerivs 3.0 Germany License.