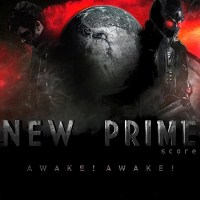 Making their second appearance here in the Frostclick blog is Murfreesboro, TN group, Awake! Awake! Their first album, We’ve Been Strangers, was released back in 2007 and was a haven of infectious riffs and indie rock goodness.

This time around, they’re not only brandishing a deeper, more mental sound; they’re also playing it in support of Olan Rogers’ short film series, New Prime.

The 5-song soundtrack are all instrumental and range from moody guitar sweeps to epic, often cerebral sounds that were made to envelop the senses.

New Prime is a sci-fi mini series that Rogers’ has released in YouTube. (You can check out his channel here.) Formerly a part of the creative outfit, BalloonShop; Rogers is now directing and creating his own short films.

The soundtrack by Awake! Awake! contains a dark and moody atmosphere, starting with the near 7-minute track, Pieces III. From the rich guitars to the tone and pacing, the song is a stellar opener.  The rockish vibe and overall sound serves as the perfect complement to the film. Most of the other cuts are worth noting as well and pretty much covers the typical sci-fi soundtrack; you’ll find quiet tracks like Escape from Earth to more menacing and haunting singles like, Phantom.

New Prime Episode is currently available for viewing on YouTube. It’s a great short film where the protoganists (Dutch and Feris) are on a hunt for the Phantom. Their exploits and “hunt” is chronicled in the series. There’s a little bit of everything on here, from action, to a great sense of humour. Currently, a few new episodes are out so go ahead and grab this soundtrack and make sure to check out the film too.