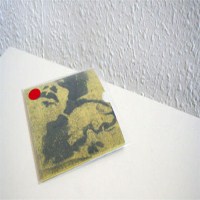 Charming indie netlabel Aaahh Records is currently revamping their site. The good news is that before going off the net for a bit, they left us with this awesome compilation called Remix is Love.

It’s made up of some of the best tracks from their artists and if you’re familiar with aaahh records, they dish out nothing but the best folk/ indie pop artists out there. Their current roster includes Entertainment for the Braindead, Uniform Motion, Emilie Lund, Keyboard Rebel, and The Wind Whistles.

Of course, since it’s a remix, most of the tracks sound nowhere from the original; making it interesting and fresh. If you are used to the sweet, folk pop sound of these bands’ original sound, this is a refreshing way to hear or see them in a new light. Remix is Love compiles 12 tracks from four artists in the aaahh records brood. In particular, these are Entertainment for the Braindead (EFTB), Uniform Motion and Keyboard Rebel. Each band contributes 4 awesome songs each.

The compilation opens up with EFTB’s Colours, which showcases a slightly haunting feel. Julia Kotowsky is the lady behind this lo-fi act from Cologne, Germany. She plays all the instruments and sings with hypnotic vocals that would lull you off to a beautiful dream. So far, she’s released three albums which are all available for free download on aaahh records.

Uniform Motion, meanwhile, is a French band that combines their music with visual arts. During their live performances, the band has artists Renaud Forestié and Andy Richards create artwork or live sketches as the band performs. They sound a lot like Deathcab for Cutie only a bit more folkish compared to the indie pop group. Remixes are done for tracks Fathers of Our Homeland, Rain and Soil, Cast Iron and Citizen Grave.

Finally, Keyboard Rebel is a band from Manchester. They create pop that’s rather typical yet still alluring and catchy. Like EFTB, Keyboard Rebel is pretty much made up of only one person, Michael Bray. However, he is backed up by a superb crew that helps him create these lovely pop sounds.

If you are fans of these bands and their music, then you might find it weird listening to the remixes in this album. But, if you’re looking for a different twist to your favorite Uniform Motion track, for instance, then this is a pretty cool remix to check out.