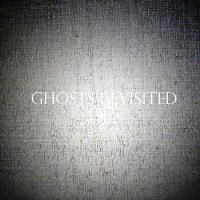 Joe Jack Wagner is a well known electronic instrumentalist band that’s known for their covers. Originally from Victoriaville, Quebec, the band has released several albums and EPs since they first came together back in 1997.

Their sound breaks down all bounderies, mixing electronic industrial, french pop, progressive, folk, slacker punk and everything in between. Covering anything they fancy and crossing genres here and there, the band places their own stamp on the music allowing for a new sound to emerge.

This is the third full length record you can enjoy from the band. Their previous works include two compilation albums, The Only Non-Classical Album You’ll Ever Need (May 2007) and  High On Lo-Fi (November 2007). For the EPs, the band has three titles under their wings: Sonic Leftovers, Les Absents and Migrations.

The original Ghosts I-IV album from NIN was a 36 track instrumental compilation that showcased prolific work from Reznor and company. The first portion of that record was made available as a free download under a Creative Commons License. You can download it here. Joe Jack Wagner’s vision remains true to the original, containing both original tracks and remixes of certain songs.

Opening with 10 Ghosts II, the song is a vivid mix of industrial electronic rock. With dark synths and dirty bits and bobs emanating from the core, it’s one cut that effectively transports you to another realm. On the other hand, 34 Ghosts IV, is a stealthy, quiet track that creeps up from behind. The song serves as the perfect visual complement to a melancholic dream.

Title track, Ghosts Revisited, accentuates the sonic experience with its eclectic beats and full-blown guitar synths. The single feels like an escape, seamlessly gathering together beauty and ugliness in one track. This is my personal favorite in the record and definitely brings together the full sound without much trouble.

Ghosts Revisited as a 7-track compilation is certainly worth the download. If you love NIN or simply enjoy a gorgeous intricate web of sounds and synths, you’ll have fun with this one. Take a listen.