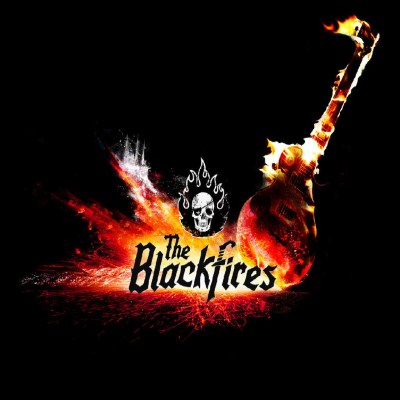 The Blackfires: Live at The Cutting Room

It’s been awhile since we featured a balls-out hard rock band here on the blog, so here’s one record you can sink your teeth into.

The Blackfires – Live at The Cutting Room captures the essence of the band’s sound. From wild riffs, impressive wailing vocals and crashing cymbals, the tracks from this mini session will resonate deep and hard for many fans of 70s rock and roll.

This New York outfit are fairly new in the scene but they’re already cooking up quite a storm in various underground rock/metal circuits. And once you hear them, it’s pretty easy to understand why people are buzzing.

It’s rare to see a rock band so expertly showcase their various influences without losing their own voice or sound in the process. However, The Black Fires make this feat look quite easy. Their music, for the most part, is a throwback to the era of Led Zeppelin, Black Sabbath, Deep Purple etc., but yet they manage to retain their modern voice amidst the concoction.

There’s only 5 tracks on here but it’s enough to give you a good picture of what you’re in for, in case you get to see the band live.

Energetic opener, Rocker Child, plays with traditional rock riffs and would certainly kickstart a good concert. Thanks to his powerful voice, frontman Cheggi, easily sways listeners while still keeping up with the instruments.

Livewire Babies is perhaps one of the most solid tracks on the record. Although almost all the cuts are likable, this one has great potential as a single. The guitar work is beautiful on this one so make sure to check it out.

The Blackfires is certainly a band to watch out for. Essentially, there are bands who cover 70s rock faithfully and then there’s this band. They take it a step further by using their love for the decade while ensuring their personality still stands out. As a result, they create a great balance between old school and modern that’s hard to pull off.