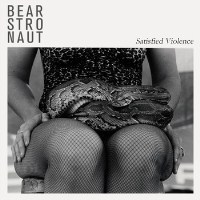 Released last June 2011, Satisfied Violence would have served as the perfect summer album. Ideal for those hazy summer nights when all you want to do is throw a summer party at your backyard with friends.

Unlike focusing on their indie rocker side like their previous releases, this time around the boys decided to step into the 80s new wave dance vibe. So far, it’s proving that the clothes fit them better. The album is laced with great beats and lovely poppy vocals to get you groovin’ and dancin’ all night long.

This Boston based quartet first formed back in 2007 and have made a name for themselves in their hometown. They were even named as the “College Band of the Year” in the 2008 Boston Music Awards. Apart from this, they’ve received countless recognition for their work as well as several nominations from Boston Phoenix’s Best Music Poll.

All this praise the group is receiving is hardly surprising, their sound is refreshing, catchy and very likable. Starting with the opening track, Moniker, it’s hard not to love this 5-cut compilation from the start. The song combines synth pop vocals and a very dance-til-dawn beat. Thanks to the laid-back pace and the catchy rhythm, the song doesn’t get tiring even if it stretches for more than 5 minutes. Other tracks like No Reunion, echo a more new wave feel that makes me think of a very poppy and modern Joy Division. The lyrics are a bit serious (about loss and mourning) yet it is combined with a very upbeat dance tempo.

Overall, the album is very catchy and something you’ll have playing for hours after just one listen. I’m not a complete fan of the lyrics appearing in some tracks but the songs are worth the listen for the beat and tempo alone. Go ahead and check it out. It’s currently available at a name-your-price option over at BandCamp.