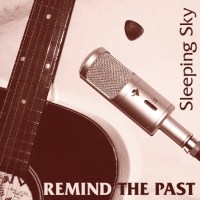 Sleeping Sky: Remind the Past

Acoustic folk pop duo that makes you want to grab your pillow or cuddle up to the nearest couch. Sleeping Sky is a German based folk duo comprised of Desiree on vocals and Corinna on guitars. The duo creates dreamy and relaxing acoustic pop that will surely make you melt.

Remind the Past is the duo’s third release. This German duo have been releasing their own brand of acoustic folk pop since 2008 when they released their first compilation, Home Recordings 2001-2006.

The following year, they released 6 h Studio, which is also a 6 track compilation that is refreshing and relaxing. Their most current album, Remind the Past, was just released online last January.

In Jamendo, it has garnered over 7,000 listens and growing everyday. The album puts together 9 melodic tracks that feature expressive and sweet vocals while creating an overall relaxing and calming effect. Each song is accompanied by dreamy acoustic guitars and features emotional vocal work. Some of the cuts to watch out for include, Don’t Go Away, Ship and Into Pieces.

Of course, most of the tracks are worth listening to, especially after a couple of listens; they’ll definitely embed itself in your psyche.