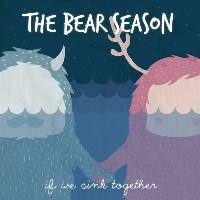 The Bear Season: If We Sink Together EP

One of the latest pop punk bands to emerge from Le Pork Records‘ roster, The Bear Season is a must check out if you love your mix of pop and punk.

This six piece crew is a relatively new band, having just formed back in 2010. Despite being newbies in the business, they’re definitely showing plenty of promise. Their debut EP is a great mix of catchy, classic power pop tracks that will make you think of Yellowcard and Motion City Soundtrack with a modern touch.

If We Sink Together EP comes with 6 tracks and offered absolutely free under a Creative Commons license.

Hailing from Montevido, Uruguay, the six piece crew sing in English and definitely bring in a lot of attitude to their songs. Much of the tracks are peppered with different genres coming from the band members’ various influences. Hauling in a ton of energy along with skillful instrument playing and great vocals; the album makes you want to jump around and just have a good time.

Starting with the short Prelude to War, you can tell that the band is serious about bringing their post punk pop sound right at your doorstep. This short one minute teaser sets the stage for the first full single, You Shall Not Pass. Although the arrangement is quite typical, the song is very catchy and plays off like a familiar tune you used to rock out to back in highschool or college. The rest of the tracks are of equal caliber, proving that a tried and true formula of rolling drums, bright guitars and energetic vocals doesn’t have to be boring.

Personally I enjoyed this record. Even though I have my reservations when it comes to power pop/post punk, this one was an exception. The songs are fun to listen to and induce some serious head bobbing and feet tapping whether you like it or not. The quality is pretty good as well. For a relatively new and unknown band, this is a surprising EP that rivals even some of the label released post punk bands around. Give it a download.