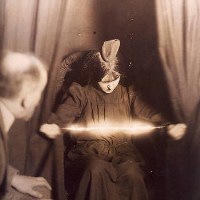 Almost 4 years old, this Chester band first began their musical journey in August 2009. After all these years, 001 EP is the very first attempt at creating a compilation for the band.

The four-track EP contains a fusion of alternative rock with a slight indie post punk vibe. Occasionally, they infuse their songs with a psychedelic feel for good measure.

Even though this may seem a little too late in the game, It Happened Here wasn’t exactly sitting idly throughout those four years. They, in fact, promoted themselves through live performances; playing and having regular gigs in various venues in and around Liverpool.

It Happened Here might not have a roster of albums to back up this EP but their sound is enough to hook listeners into finding ways to hear more from the band.

Starting with Get Over Yourself, 001 EP begins on a high note as the band combines catchy pop hooks with an indie rock flair. This is easily one of the best tracks in the record for me.

The Long Goodbye is another uptempo track that gives a nod to retro 80s dance pop rock. With rolling drums and jangly guitars, it’s a nice track to bust your dance moves to. On the other hand, Don’t Lose Yourself to Fate, is a bit slower compared to the other singles while the final song, Cause & Effect, sees the band indulge their rock star side. It’s a bit louder and “dirtier” compared to the other tracks but it still maintains that lovely catchy beat while encouraging listeners to make the most of the dancefloor.

Despite being a short EP, the sound that comes out is quite solid. 001 EP is a nice record to grab definitely. Hopefully the band takes time out to record some more of their music. You can grab this one over at BandCamp. Take a listen and enjoy!