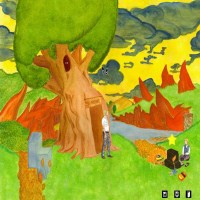 Keys of a Gamespace

Keys of a Gamespace might seem like an odd title for a video game but it’s actually very appropriate for this one. Developed by a group of people from the University of Metz in France, the game explores a new take on gaming; it uses it as a tool for gaining better understanding by putting you in someone else’s shoes.

The game sees you in the footsteps of a man trying to make sense of his past. Your job is to help him put together his memories by solving puzzles in each level. Each step gets you closer to unraveling what he has kept hidden in his subconsious. It’s an intriguing game that’s equipped with a unique storyline and an interesting gameplay.

When they created the game, the developers admit to being inspired by a number of things like David Lynch affairs Eraserhead and Twin Peaks to comic book, American Splendor. They also meant for it to become a statement piece; that the gaming medium can be used to handle sensitive and serious topics like any other form of media.

It’s a very expressive game and one that tackles issues that might not be to everyone’s liking. As mentioned, in the game you’ll be guiding a man through his life. From his first kiss, finding his father and finally making a very important and crucial decision; you have to help your character figure everything out.

The gameplay involves the use of doors serving as a gateway for various memories and stages of life. You can travel to different memories by going in and out of these doors. By adding and taking certain objects that are crucial to completing the memory, you’ll manage to complete the level and get a chance to move on deeper down until you figure everything out.

The graphics and musical score for the game are pretty good. It was perfect for adding mood and atmosphere to the game, helping trigger special moments for the character. In the end, there is a message hidden in there and one worth trying to figure out. Give it a go.