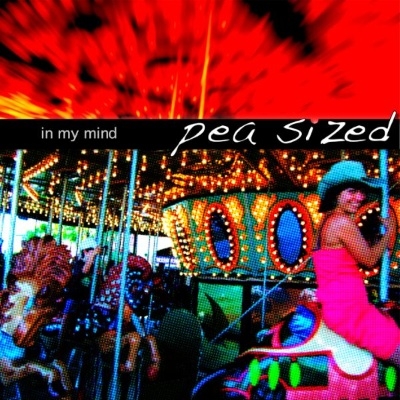 The musical duo Pea Sized has a long list of influences who are veterans in the Europop and Trip-Hop scenes.

After listening to their album In My Mind, it’s no surprise the likes of Portishead, PJ Harvey, Björk, Róisín Murphy and Radiohead are among the many others which inform their sound and style.

What is more interesting about Pea Sized (aside from their music), which consists of Pia Kayser (vocals), and Karsten Kayser (production, instruments) is that they are actually significant others. This is a striking resemblance to the start of Róisín Murphy’s career, one of their influences, who hit it big with her significant other Mark Brydon in the band Moloko in 1994. Their relationship ended with Moloko’s last album Statues in 2002, and Murphy decided to go solo. Judging by the quality of this album, let’s hope Pea Sized does not suffer the same fate.

In addition to conventional instruments such as guitars, synthesizers, and percussion, we tend to use (or abuse, if you will) things like melodicas, children’s toys, and various other things that produce some kind of sound. Electronic and acoustic sounds fuse in many different ways.

The album posesses many sounds: sometimes brooding, sometimes sentimental, sometimes forlorn, and sometimes even nostalgic–as you’ll hear in the track “Not The Same”, which features a very French sounding accordian waltz.

This is a group that is not afraid to experiment, especially with the barest of backdrops. Some tracks are stripped down to an almost vulnerable nakedness, with only a few quiet instruments playing, as Pia sings soulfully over her accompaniment. Pia’s crooning in the opening track “At Least” will take the seasoned listener back to the very early days of Portishead, but I think Pea Sized is so much more than this opening performance. “Stop Thinking” is probably one of the best tracks on this album, and a personal favorite among newer songs I’ve heard as of recent.

This album will be loved by anyone that is interested in any music utilizing electronics and synthesizers, downtempo grooves, or the soulful crooning of a talented female vocalist.