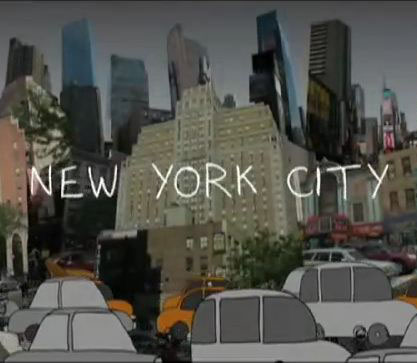 The Revolution Will Be Animated

The Revolution Will Be Animated is a twenty-minute documentary created by Marie Lormant Sebag that presents multiple viewpoints on the concept of copyright laws and free culture. It focuses on Nina Paley, the creator of the animated film Sita Sings the Blues which is also available for free download.

The film captures well-selected footages of Paley while talking about the copyright problems that she had encountered while creating the said film. These experiences lead to her new advocacy of allowing free content dissemination to the public domain.

“The more you control it, the less far it could go,” said Nina while explaining the reasons on why she allows copying and distribution of her own work. For her, art comes first before money which clashes with Bill Plympton’s opinion, another well-known animator featured in the film.

The parallelism on Paley’s and Plympton’s views provoke an interesting contrast. He believes that a certain work should be copyrighted in order to make profit, because in the end, the bread and butter of each artist is his own craft. Plympton still continues to produce his work following copyright restrictions under the monopoly system while Nina Paley commits to an audience-distribution model.

This “Art for Art versus Art for Profit” idea adds depth to the film and raises questions on how information should really be distributed.

It’s a laborious task to fit the copyright and public domain issue in just twenty minutes but by intimately looking from the viewpoint of a single artist affected by this system, the film clearly presented the whole picture.

Overall, The Revolution Will Be Animated is an impressive documentary that focuses on raising a network of issues and providing educated perspectives about it.