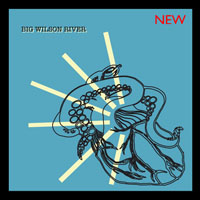 At first listen Big Wilson River’s Octopus Album packs a jarring punch. After adjusting to a somewhat stylistically predictable album, which is best described as a jerky and frantic folk/rock hybrid, a zealous melody and original narrative begins to merge.

Powerful instrumentals are aided by forceful lead singer Darrin Bradbury who at times dominates the vocals with a strained shout. Despite, he is paired with Emma McLaughlin who has a soft yet strong voice, something similar to the enticing and hypnotic effect of Adele.

The first track, Eighty Dead Armadillos is an action packed jam with a clever character to it – I dare you to not head bang along with catchy tune. A favorite is Gypsy Song, where a mesmerizing waltz features the soothing vocals of McLaughlin, luring the listener to involuntarily sway with the beat. Still, Gypsy Song is interrupted by a repetitious chorus of screaming vocals “God, I’m so tired,” a transition that is in no way smooth are considerate to the listener! The lyrics are strikingly playful and artful; take for example in Hemmingway Had a Cat: “Hemmingway had a cat, Hemmingway blew off his head. I have a cat, but I still have my head.”

Track 4, Backyard Passout has an almost romantic narrative, that is until the guitar and bass crescendo into a frantic and passionate finale with more screaming. Perhaps “passionate” is the best way to describe Big Wilson River’s Octopus – it certainly does not lack passion; it’s just a matter of toning down a mix of sometimes severe vocals with a raucous accompaniment. The album is certainly energetic and unique – it offers a new approach to Americana, you might call it a sort of urban folk mythology. Give it a listen!